Let’s have a quick fleet recap. I’ll start with the Japanese pairing of Toyota RAV4 and Mitsubishi Colt. 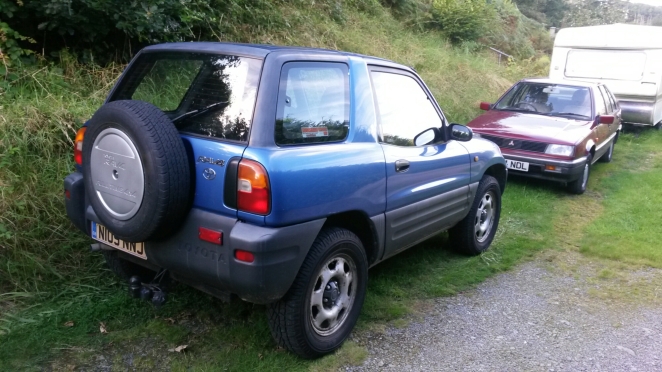 The RAV4 continues to do all I ask of it, though this week, that only means a quick run to the supermarket and back. After normal cars, the windscreen and headroom seem hilariously huge. It makes you feel tiny.

The Colt has failed to win me over. It has proven reliable and trustworthy, but ultimately isn’t delivering satisfaction. It’s good at being a car, but it proves how lacking some Japanese cars were in the fun stakes at this time. Not that an Escort was exactly cutting edge I suppose. I’m hoping the Colt will find a new owner this weekend. More soon hopefully.

Right, let’s consider the not-quite-Japanese section of the fleet. 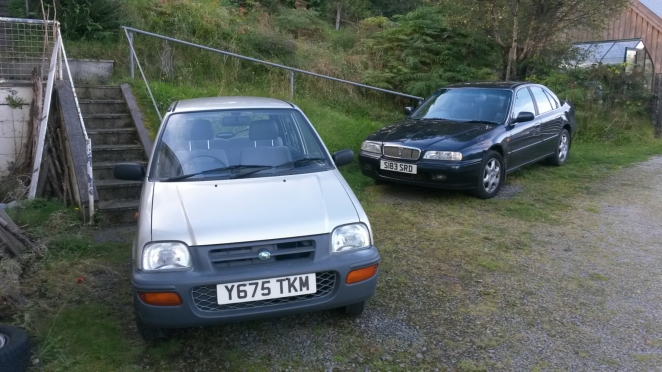 The Perodua Nippa is still proving to be a very cheap car to run, and absolutely ideal for nipping about. Mind you, at £300, it seems almost expensive compared to the £230 Rover. That said, it has covered almost 140,000 fewer miles!

The Rover is firmly in the good books though, despite the air con woes. It proved great for our trip to France, and is still one of the most attractive saloons ever built. It makes the Rover 75 look bulky and clumsy.

The 2CV remains spread out around the UK. I’m not expecting progress until October. I really am missing that little car!

So concludes the update. I’m hoping for a bit of stability on a fleet which has recently undergone many changes. Can I stick to that? Now there is a question…