Gullwings for the high street

Gullwing doors are a stupid idea really. Sorry Tesla, Mercedes-Benz and DeLorean but they are. Let’s not forget that the Mercedes-Benz 300SL was banned from race tracks for the simple reason that if the car rolled over, the driver could not get out. The Tesla Model X and DeLorean both remind us that making such doors a production reality is a bloody nightmare. They’re nothing more than a very silly gimmick.

Yet, when Giorgetto Giugiaro applied them to his Gabbiano Renault 11 proposal, I must admit that I was swept away both with the beauty of the design – uncluttered and clean – and the practical case for gullwings. Very easy access to all seats being the main one and a major point Elon Musk makes about the Model X.

As a child, I studied pictures of the Gabbiano for hours. It really is Giugiaro at his very best. Yet, barely anyone knows it exists. That made me all the happier when, earlier this year, I included the Gabbiano in a feature on one-offs and cars that sadly never made production that was published in Classic Car Buyer.

Gabbiano is Italian for seagull, so there’s a clear reference to the doors. In terms of styling, there’s a very-1980s wedge profile with pop-up headlamps and another styling trait that became the rage about this time – a ‘floating’ roof where the pillars are blended into the glasswork. See also the Rover R8 200 and XX 800 and Citroen XM. Once more, Ital Design was at the cutting edge of car fashion. Yet, there’s always something very real and believable about Giugiaro’s designs. Note the really entirely normal rear lights that so neatly form part of the rear styling, while also having a bit of a nod to the original Renault 5. No fancy-pants LEDs here, or gimmicky slashes, just really practical, neat design. 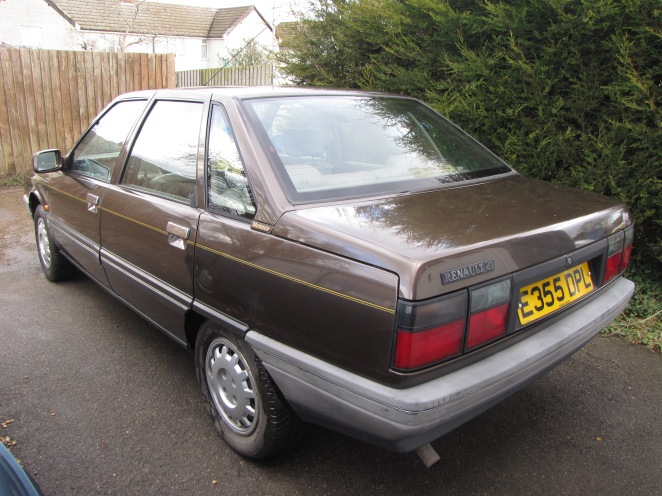 Giugiaro’s talents toned down for the production 21.

My disappointment was increased at least ten-fold when Renault replaced the 11 with the dull, dull 19. Especially as Ital Design had a hand in it! Not one of its best efforts, though it did redeem itself with the 21 – not an especially exciting design but one which again, has a delightful neatness about it. I guess it goes to show that concept cars are far too often judged too radical for the real world. A shame.

2 thoughts on “Gullwings for the high street”