A free car is rarely perfect. This is about as surprising as the fact that donkeys are not great at hockey. So, it was with no great surprise that I swiftly discovered that my new 740 estate has one or two issues. As already mentioned, there were a few issues with getting the thing home, though these were easy enough to overcome.

Not bad for Free! Though not all good either…

But let’s ignore those issues for now. What’s it actually like to drive? Well, rather pleasant I think, even though the dampers are shot. I found a Caravan Club badge on the grille, which probably explains why there is no life left in the rear dampers. They’ve had a hard life!

The overall feel I get from driving it is that it feels like a more robust Ford Cortina. It has the unmistakable feel of a rear-wheel drive car, and also one with a beam rear axle. There’s just something about the way the gear lever sits, and how it behaves in corners that give it that clear rear-power feel. Not that it hangs the arse out at every opportunity – it’s far too feeble for that. I know. I tried. Volvo did a very good job of locating that simple live axle, so it behaves very well indeed, with lots of delicious grip. A couple of fairly new tyres help here too.

The driving position is comfortable, though the seat feels very, very different to the one in the XM. It feels like you sit higher up and the seat offers support where you don’t quite expect it. A lack of backache after four hours at the wheel suggests it does the job well though.

I could do with replacing quite a lot of dashboard bulbs though. The heater controls do not illuminate at all, and only half of the speedometer is lit up. The temperature gauge is impossible to see at night which is annoying, as it’s one of few gauges that seems to work correctly at all times.

By far the biggest issue is water ingress. When I got in after a night parked up in Wales, there was a huge puddle in the passenger footwell! Sure, we’d had a terrifying amount of rain that night but even so, it shouldn’t be there. Blocked sunroof drains were swiftly identfied and a gentle poke with a bit of wire soon had them gurgling as the trapped water flowed away. 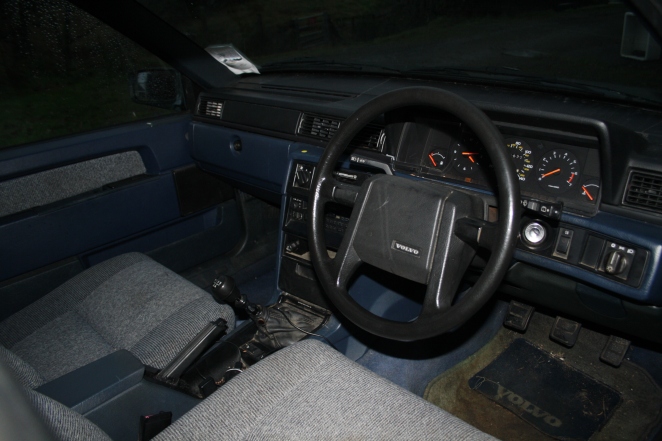 Grubby but functional. A lot of lights don’t work.

But the roof rails might be a problem. I thought they were standard, but an eagle-eyed Tweeter soon identified them as actually being from a Volkswagen Passat B. Closer inspection today revealed that the middle part each side isn’t even attached to the car! I may have to remove them to try and stop water getting in. A tube of sikaflex may be needed. I can see bungs from where presumably the original rails attached.

Which all gives me rather a problem, as this is a very poor time of year to be trying to dry a car out – especially as it rarely stops raining at the moment! There’s a lot of sound-proofing in there, which keeps it all quiet and peaceful at speed, but absorbs water like the sponge it actually is.

I’ve also found some nasty rot in the rear corner, right behind the wheel. There’s a little cubby hole here, and I’m amazed nothing has fallen out! Fortunately, aside from a small hole at the rear of the sill on the same side, she seems pretty solid. It’s what these cars are famed for. 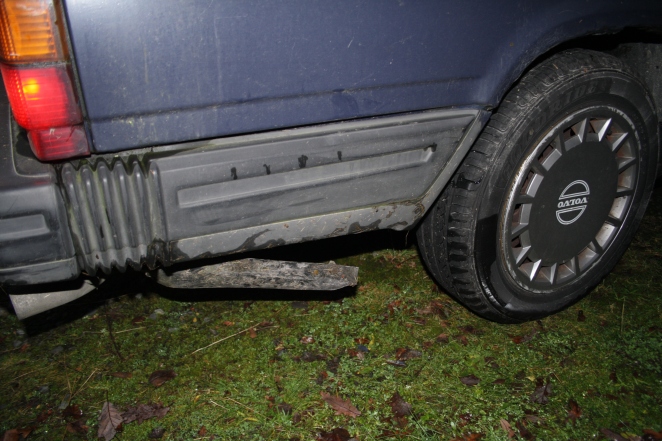 I also need to find time to examine the brakes to find out why they were sticking a bit – though they’re continuing to behave for now. A set of rear dampers would transform it, and I suspect a bush or two at the front end would do likewise. The challenge now, as ever for me, is to keep the cost down. Interesting times ahead!