Finally, on Friday 21st July, I actually set off to drive somewhere further than 12 miles away in the Bluebird. It was time to test my abilities. Would the head gasket survive? Would the JB Weld Waterweld hold on the thermostat housing? Would I discover that the car was actually completely knackered?

The first destination was SNG Barratt in Bridgnorth, where I had to spend some time peeking at the underside of a 340 saloon. 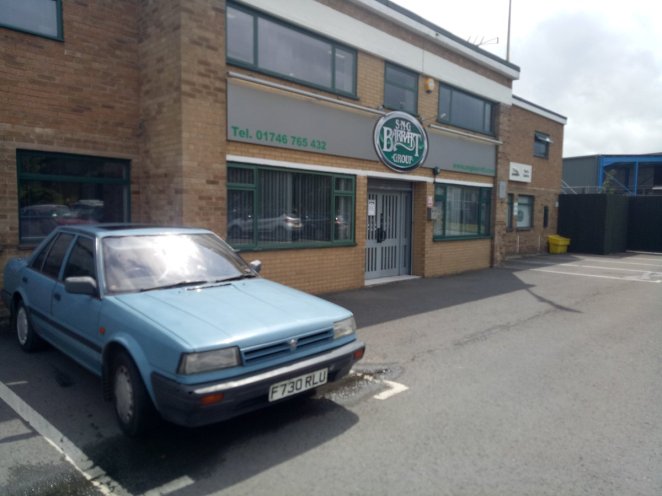 That was dealt with quite pleasantly, though the Bluebird was starting to cause some concern over broken surfaces. The front end would shake alarmingly. It feels like the dampers are shot, so the front wheels are ‘pattering.’ This means they’re actually not in constant contact with the road, though thankfully it would still go around corners.

With the visit complete, I checked the coolant level. It had dropped only very slightly, though the heater output had once again gone horribly cold when I tested it. Oh. Bother. After an overnight halt in Buckinghamshire with some friends, it was time to head to Hagerty Insurance’s Festival of the Unexceptional. This is a classic meet I’ve long desired to attend, and it is chock full of the sort of cars I love – ie really ordinary ones. The Bluebird was ideal. Look in the background of the shot below and you’ll see such luminaries as a Volvo 66 estate, a Lada Riva estate, a Nissan Terrano II and a Patrol! People were dead keen to ogle the Bluebird’s immaculate* engine bay.

Bluebird at The Festival of the Unexceptional 2017.

It was a great show, though the Bluebird developed a fault, when the sunroof refused to close. Just as it started raining. UGH! An umbrella saved us from a soaking, and, with help from other Bluebird owners, we eventually managed to force the sunroof closed using a screwdriver and the manual winding override. 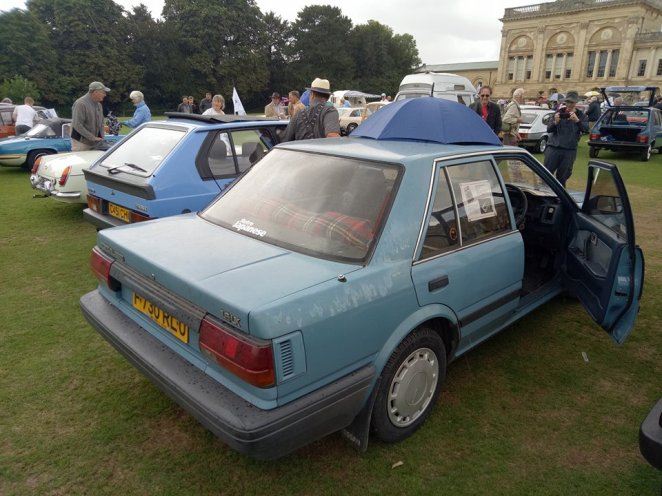 I’d been forced to ditch the spoiler on the driver’s wiper blade by this point, as it was fouling on the black trim at the base of the windscreen. Then the wiper started clicking quite horribly. I prayed it wasn’t the usual Bluebird wiper linkage problem, where it falls apart. I distracted myself by leading a merry convoy of Japanese metal to a Little Chef. 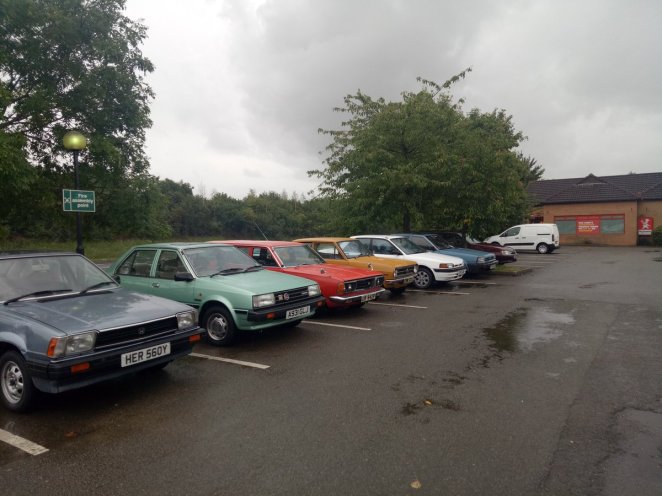 A fantastic convoy of rare Japanese metal. And my Bluebird.

Horrible weather, but a lovely mix of Japanese classics, including Dan Hirst’s fabulous Honda Quintet, and the green Sunny of Mark Ashbridge that won car of the show!

After that, I headed to Bromsgrove, for an overnight stay with relatives, before heading to Shelsley Walsh hillclimb and a very different event – Classic Nostalgia!

This was also a fantastic event, which I’ll cover in a video shortly. After that, it was just a two-hour drive home, with my sat nav choosing some particularly entertaining roads!

Well, they would have been entertaining had I not been in a Nissan Bluebird 1.6 with knackered shock absorbers. It wasn’t terrifying, but it wasn’t exactly fun. I eventually arrived home, feeling just as knackered as the shocks. 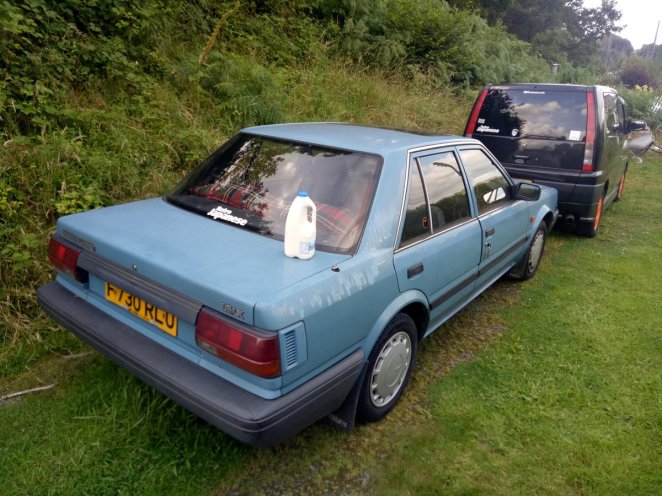 Back home, with milk for tea!

Overall then, a bit underwhelming, though very pleasing that an engine I repaired seems to work very nicely. We covered probably 360 miles, though it’s hard to be exact. The trip reckoned about 400 miles, but the tyres are the wrong size – 65 profile instead of 80 – which means an indictated 83mph is a sat nav-confirmed 70. This means the trip distance is also wrong.

But, I can’t help thinking there’s potential to explore here. Could some aftermarket goodies transform the Bluebird into a car that actually handles? It’s so utterly dreadful at the moment that I can’t help thinking it’d be an ideal guinea pig. I do actually like it, despite its drearyness. On motorways, it’s remarkably composed. Let’s see what happens…