Apologies for the delay in updating you on the Bluebird project. Things have been pretty crazily busy of late, especially now there are five vehicles on the fleet to try and keep in working order.

Sticking with the Bluebird, I decided to give it a bit more love before the MOT test. Liqui Moly recommended its mOs2 oil, in 10w40 flavour, which was certainly going to be a lot better than the 30 grade stuff I’d lobbed in as a flush – there was a lot of mayonnaise-like gunk to clear out.

With that done, I could finally drive to the MOT station. A steep downhill section allowed me to clean up the brakes ahead of the test, though I was disappointed to note that the engine was not holding temperature, despite a new thermostat. I’d worry about that later. Now for the test!

On the rollers! MOT time.

Unsurprisingly, it failed. I knew something was amiss up front, though oddly the inner track rod ends are not apparently an MOT failure. The tester didn’t like them though, so I got a dangerous advisory. Rightly so. There was also a split CV gaiter, a loose rear wheel bearing and an insecure headlamp (with the reflector insecure inside it for bonus points). Oh, and a split wiper blade I’d failed to spot.

I gave the go-ahead for the work, which added another £220 or so to the cost of this project, probably nudging me into four figures if I dared add it all up. To avoid upsetting myself, I shall not. However, this was it. I could drive home! So I did.

I decided shortly afterwards to investigate the thermostat. Sure enough, it had come slightly adrift the last time I took the housing off, so that’s my own fault. However, with everything back together again, the heater just would not get hot.

Today, I finally found out why.

Yes, that’s a lot of silt! Quite tricky to do while holding a camera, but the result is a heater that actually works. Hoorah!

Which leaves me with a Bluebird that now runs nicely, cools nicely and is ready for Festival of the Unexceptional this coming Saturday. I’ve covered about 70 miles in the car now, but this’ll still be the longest trip so far. Before then, I just want to be confident that my cooling issues are now resolved, before trying some Evans Waterless coolant. I’ll let you know how that goes in a future post. 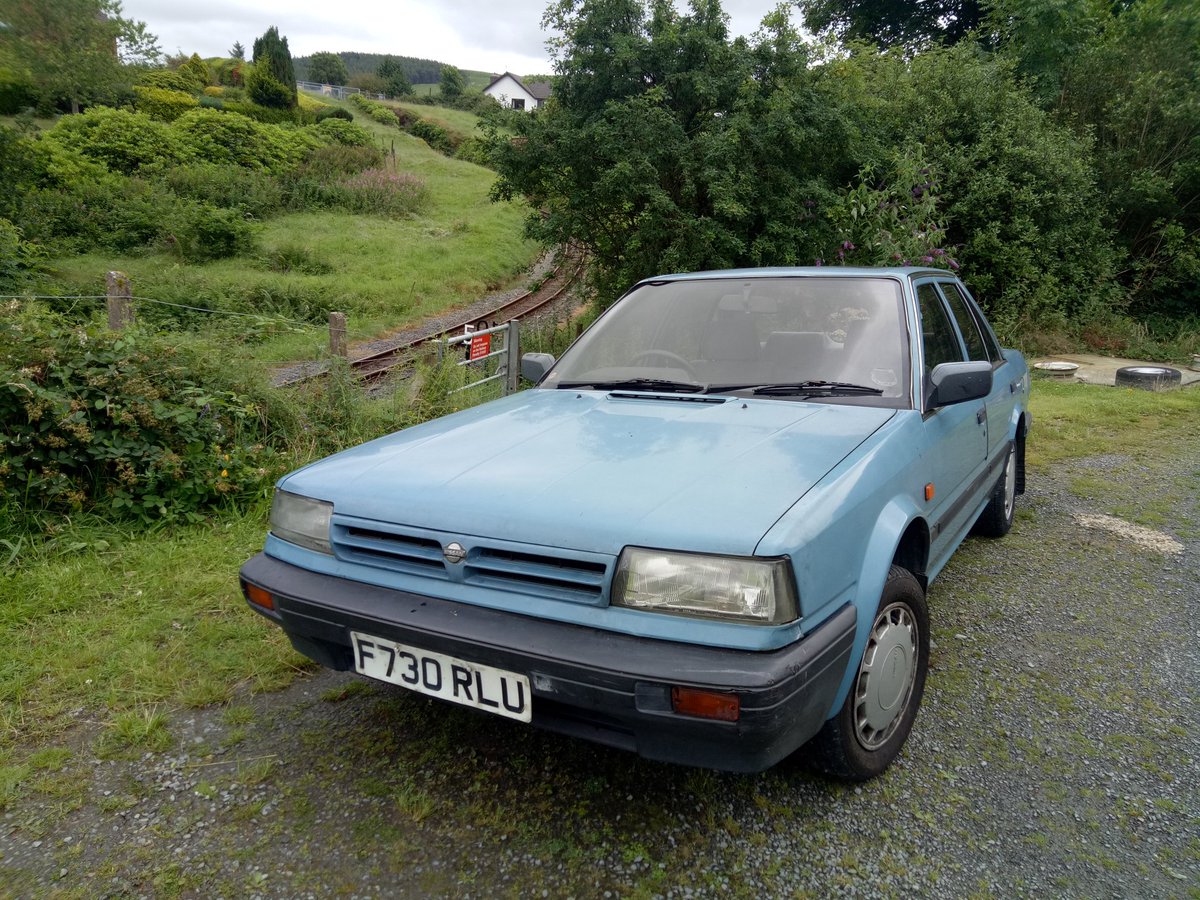 Project Bluebird is ready to go!

EDIT – Now with another video update, including first drive!