Having convinced myself that the best thing to do with the Daimler was wash my hands of it, I naturally changed my mind. This is only a quick post to say that I did some ferreting about, and got the horn working! Cleaning up relay contacts seemed to cure that. Windscreen washers are still an issue, but I have confirmed power from the stalk to the relay, so assume it’s the pump that is duff. I have some ingenious plans to try and deal with that. Or, rather, I did, because they it wouldn’t run.

It has become seriously, seriously rich for reasons unknow. I pulled the plugs and they looked like this. 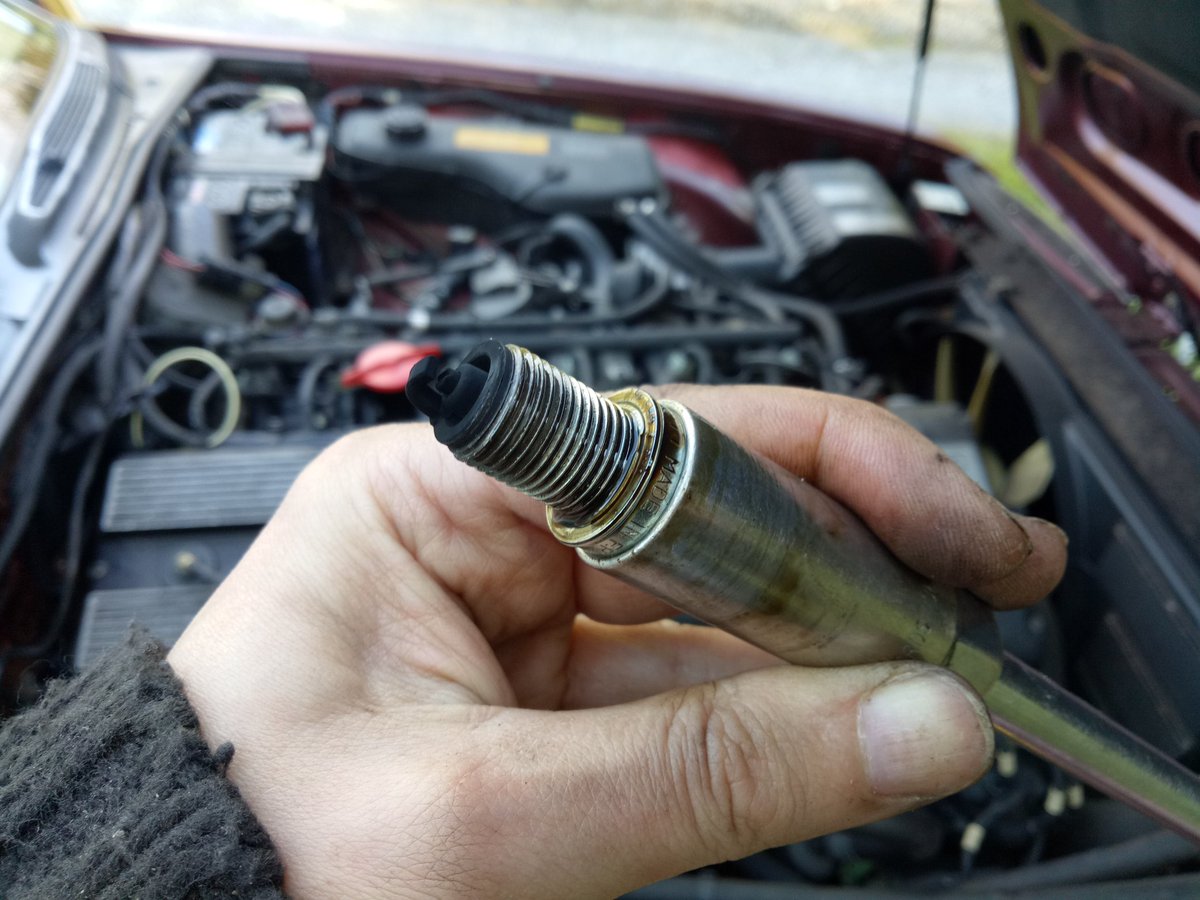 I’ve no idea what has gone wrong, as I’m pretty sure I’ve not touched anything that could cause this level of richness. Now, it could just be the fact that the car has barely moved since landing back from Glasgow, and it has a duff oxygen sensor. That means it has been running slightly rich the whole time. Several cold starts and barely any getting up to temperature could be enough to choke the engine up perhaps? I’ve no idea. I haven’t really got time to explore any more, because the next issue of Classic Jaguar magazine is not going to edit itself!

On that front, there’s some very interesting content coming your way, including full details of the Daimler collection caper! It might not be the project car I’d hoped, but this machine does still seem to be generating copy.