Where’s the progress? ZX vs Qashqai

Two vehicles landed on my driveway in December. One of them cost me just £4 (though its total non-raffle price was £120). The other was a loaned car with a brand new value of over £24,000. One is a Citroen ZX diesel, that’s over 20 years old, has covered over 112,000 miles and has a 71bhp non-turbo engine. The other was brand new Nissan Qashqai N-Connecta 1.5dCi with a 108bhp turbocharged engine. One has a kerb weight of 1035kg. The other has a kerb weight of 1365kg. One of them has about six buttons on the entire dashboard. One has more than that on the steering wheel alone. Here’s the thing though. Strip away with glitz and baffling gadgets and does the Qashqai actually deliver a better driving experience than the leggy Citroen? No, I’m not sure it does.

This was proved to me when, halfway through the Qashqai test, I jumped into the ZX for a drive on the fast, flowing A roads of mid-Wales – where I’m fortunate enough to live. Both cars have had a fair degree of ingenuity in order to make them handle well. The ZX has passive rear wheel steering, courtesy of compliant bushes, that make it grip surprisingly well, even on skinny Chinese ditchfinders.

The Nissan has Active Trace Control and traction control. The former brakes the inside wheel if it detects you’re getting a bit hoony, to encourage the car to track around the corner rather than understeer into the scenery. Traction control ensures wheelspin is avoided when you gun it.

Here’s the thing though. Both cars have enough grip to corner very well indeed, regardless of the technology employed. To get the Nissan’s tech to cut in, you have to drive in a particularly unsociable manner. Ignore all this, and the truth is that both cars have slightly numb steering, but then both turn in eagerly, and go where you point them. Both cars are pleasant to drive quickly and both feel like your nerve will ask you to slow down before the grip vanishes. 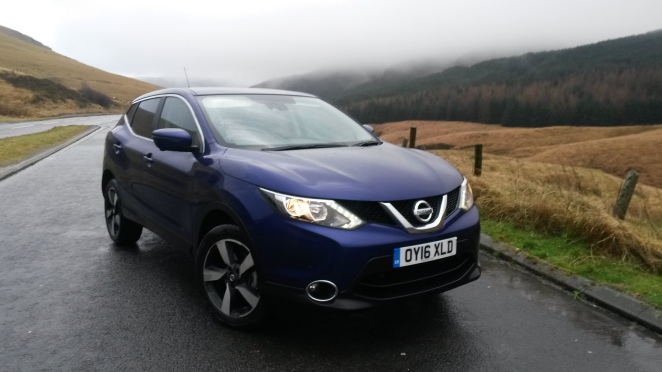 Better than the ZX, in some ways, but certainly not all.

Yet, the Citroen does all this while keeping the ride composed, something the Nissan cannot match. It’s not bad, but there is an endless jiggly sensation on some surfaces that is entirely absent on the same roads in the ZX. I reckon the 18″ wheels can’t help with this. The Citroen wears 13″ wheels with plenty of sidewall. The tyre is an important part of the suspension – sadly, this seems to have been forgotten by modern manufacturers and buyers. A Tesla Model S on 22″ wheels, with sports suspension, is absolutely terrible.

The Nissan arguably has the advantage in braking, with extra force applied if you do an emergency stop, backed up by anti-lock braking. It’ll even apply the brakes for you if it detects you’re about to hit something. I did get one warning (a parked car I fully intended to go around), but it never applie the brakes when I didn’t want it to. I’ll let it have that, even though I don’t mind non-ABS braking. It has the edge in safety as well, though I was glad not to put this to the test. There are more airbags than the Citroen has head restraints. Visibility is pretty bloody awful though, as is the modern way. A posts are hugely chunky, waistlines have risen up and you really do need the neat parking camera to slot the Qashqai into a space. With the ZX, a huge glazing area makes it a doddle to see out, even if the single windscreen wiper does leave an annoying unswept area in the top corners of the windscreen. You have to (shock horror!) operate that wiper yourself, whereas the Qashqai has automatic control of its pair of wipers. That’s a real boon in Wales, where rain conditions can change on a regular basis – not that they always responded as well as I’d hoped. Sometimes, I had to manually intervene, which is more annoying than just operating the wipers yourself.

In terms of space, the Qashqai does possess a very nice driving position, but both cars lack a rest for the clutch foot. The rear seat in the Nissan is also quite firm. The Citroen has softer seats, even if they aren’t overly supportive. The ZX also has a much lighter interior, thanks to its sunroof – standard equipment in 1994. The Qashqai can be specified with a panoramic roof, but it’ll cost you £595. I reckon it’s worth it.

When it comes to performance, obviously the Qashqai walks it. It’s not actually that brisk, and some may prefer the 136PS option for a bit more overtaking grunt, but it’ll leave the ZX for dead. With no turbocharger, you have to gently wind the Citroen up to a cruising speed, and maintaining pace uphill can be tricky. You have to use that excellent handling to allow you to maintain momentum – it’s rather like a 2CV in that regard. So, your foot tends to be mashed into the carpet in a way it just isn’t in the Nissan.

The Qashqai is also more peaceful (though not by a huge amount) at motorway speed, with its engine turning over at 2000rpm rather than 3100. That makes quite a difference, even if the ZX still manages to seem refined and fairly quiet at these speeds.

But, I can’t escape the fundamental problem that the Qashqai does not do the basic concept of driving any more competently than the Citroen. In fact, it’s worse in some areas. Yes, it is a good car, and you wouldn’t be disappointed if you bought one, but does it (or any of its rivals) really justify the price tag? I’m not sure it does. Where is the progress? The Qashqai feels like a car of the 1990s, but loaded with tech – much of it simply unnecessary.

In terms of economy, it’s not very far ahead of the ZX at all (50-55mpg seems a reasonable expectation from either), though I will concede you get usefully more performance. But does it leave the ZX feeling like a disappointment after I’ve driven a Qashqai? No, emphatically not. I also like the fact that the ZX can be fixed with a few tools and a bit of know how. I know this, because I’ve already had to fix bits – that can be an issue with a 23-year old car that you hopefully won’t get with a brand new one. Therefore, most people will consider the extra £24,000 well worth paying perhaps.

I can’t blame people for wanting that security, but I think I can blame manufacturers for being a bit lazy. Where has the development been in the past 20 years? Sure, engines have more power, but they also have terrifying complexity and have become something the enthusiast daren’t go near, while arguably deliverying little advantage over the cars of two decades ago. What will a Qashqai be like to own in 24 years’ time? Horrendous I imagine.

This is why I’ve drifted away from brand new vehicles. My interest just isn’t there. Except for electric vehicles. These interest me because they DO move the game along. Significantly. There IS exciting new technology at work here. You DO get a driving experience which feels markedly different to anything with a conventional engine. There is huge excitement here, and I feel it every time I jump aboard a vehicle with an electric motor.

I’m afraid that otherwise, I’ll still to my cheap old bangers thank you very much.

My personal choice? Bangers, not Qash.

2 thoughts on “Where’s the progress? ZX vs Qashqai”