I’ve known of this car since at least 2006. Built by former Lotus engineer Adie Pease, the DSM is the car the DS should always have been – with a few added quirks. A bit of background first.

When Citroën was developing the DS, it rather ran out of development funds. That led to the mighty D wowing the world with its starship looks in 1955, while that swooping bonnet hid a warmed-over Traction Avant engine – a unit with pre-war origins (which miraculously lived on until 1981 in the current catering van of choice – the H van). Later on, it got a better engine, but it never had enough cylinders. The initial plan was for a flat-six, but those plans were kiboshed by economics. Even Michelin, who then owned the company, apparently had limits.

The SM was launched in 1970, and finally here was a car with DS-like suspension and steering (albeit further developed) and a worthy engine at last – a product of Citroën’s purchase of Maserati. The V6 engine has a 90 degree angle, which is largely due to it being a truncated V8. There are four camshafts, sodium-filled valves (often replaced) and a soundtrack that can gently cause excitement amongst the hair folicles of a motor enthusiasts neck. 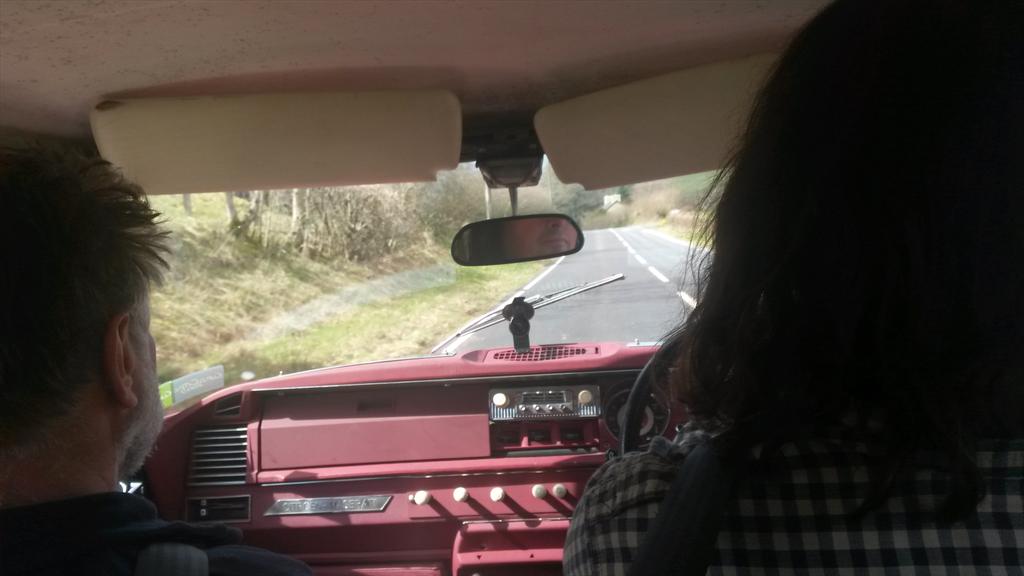 Citroën did build a few DS V6s, but only really to test the SM’s hardware. That said, they did take one of them ice racing just for a laugh and that car is still in the Citroën Conservatoire. It’s a car I have a lot of time for.

So, if you wanted a V6 DS, there were few options other than to build your own. Over a few suitable drinks at a Citroën Car Club meeting, that’s what happened when Adie Pease and owner Edward Davidge let beer replace common sense.

Just to add to the fun, they opted to use a semi-automatic gearbox, as used on the DS but never the SM. Oh, and they’d already turned the car into a four-door convertible – the entire roof is removable.

While I’d known the car for years, I’d never had a chance to meet the owner until he turned up at a small camping event I’d organised near home. When we decided to head into Aberystwyth to soak up some sun, I was thrilled to get a chance to have a ride in this car – one I’d lusted after for so long. When he said I could have a drive if I liked, it was all I could do to stop running around in circles and jumping for joy. That sort of thing rarely gives the owner much confidence.

However, I did get my hands on the keys and soon found myself trying to manoeuvre a very powerful car, with five people in it, in a very tight car park, backwards. A few things made this difficult. One, the DS is wider at the front than the rear, so you can’t just rely on your mirrors when reversing through a tight spot. Second, this DSM uses a semi-automatic gearbox, which has a centrifugal clutch. It’s a mechanical, automated clutch over which the driver has no control. Thirdly, the clutch set-up ‘needs work.’ 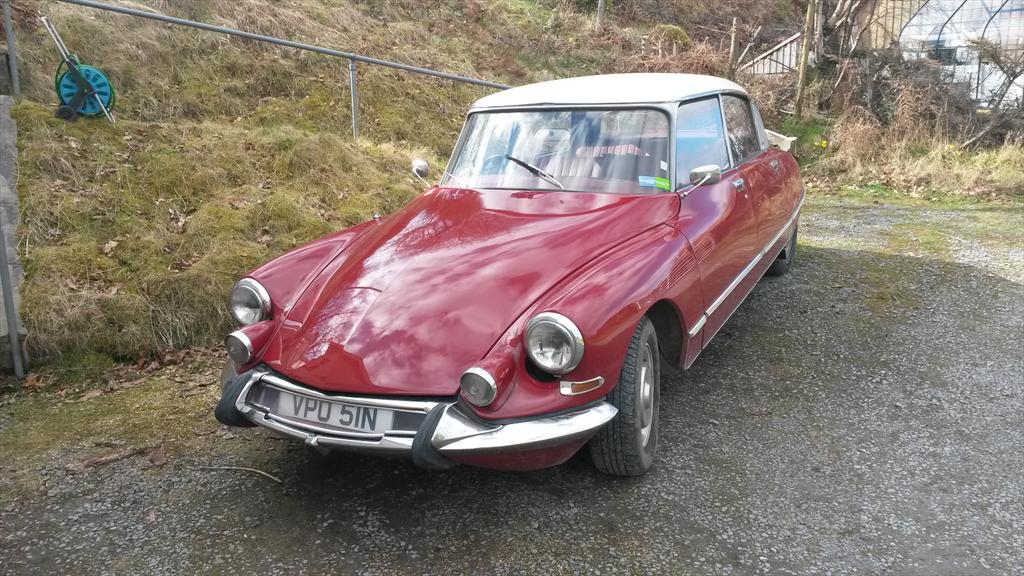 Yes, that is my hose reel. Sorry about that. Here, the DSM has its roof fitted.

Disaster was averted and I was able to drive away from Aberystwyth in a big, floaty car that made noises I could listen to all day. Make no mistake, this is a car that demands your attention. Your first experience of a DS, SM or CX can be a terrifying one. Super-direct steering is allied to super soft suspension, while the brakes are incredibly fierce, and controlled by a rubber button on the floor. My experience with these cars paid off, and I kept all of my movements as slow and controlled as possible. The reward is a car that shrugs off the worst of roads – not actually too much of an issue in rural Ceredigion as the roads are fantastic.

With the engine warm and a hill looming, I could give it a bootful and let that Italian engine really sing. Power was actually a bit lacking – the car could do with a fettle admits the owner – but go beyond 3000rpm and she really hitches up her skirts and dashes for the horizon. It feels quite racy apart from one aspect – that semi-automatic gearbox. A small stalk protrudes from the steering column, and can be casually flicked by your right-hand without having to relinquish your hold on the steering wheel. The actual gearchanges are performed using hydraulic power, though you do need to lift off the throttle. That’s because the clutch is disengaged as the change is made. You have to time your return to the throttle perfectly. Too soon and the clutch is not yet engaged, and you just end up with revs. Too late and precious momentum is lost. It’s a ridiculously sporty engine allied to a not-at-all sporty gearbox. Yet somehow, it works.

The tight, twisty roads of mid-Wales were no problem at all, as the DS has fabulous road manners. the hydraulically-assisted steering is wonderfully direct, and nicely weighted. Grip is plentiful – from the tyres, if not the seats. My passengers had to hold on tight. It didn’t seem to take long for me to get used to this car. I quickly adapted to the need to blip the throttle on downshifts, as otherwise, the centrifugal clutch tends not to re-engage very quickly – which can leave you feeling like you’ve got no engine braking and a gearbox full of neutrals. Easing off on the throttle helped make changes smoother too, though there’s a real knack to getting a perfect gearchange, especially when really going for it. The owner told me to go for revs – I wasn’t going to ignore such an invitation!

The problem here is gearing. It’ll quite happily do 70mph in second gear! Fourth is very much an overdrive, but there’s quite a gap to third. That means you often end up hanging on to third gear, just because fourth result in too much of a rev drop – and a loss of momentum. Not that a screaming V6 is particularly onerous to listen to, but it remains a minor imperfection.

I hate to grumble though, because this is a very rare thing indeed. This is one of those ‘meet your hero’ moments that definitely did not disappoint. In fact, the only negative thing is that I was so fired up about the experience, that photography went straight out of the window. I can only apologise. I was having the time of my life.

PS – I did get a video while I was travelling in the rear. Sadly, the engine noise is not very prominent, but you can enjoy the views!