Now the initial burst of excitement has worn off, and I’ve recovered from the 130-mile drive home and a very busy day of minibus duty the next day, I’ve had a chance to properly assess the little Nippa. I even gave it an oil change and a wash. 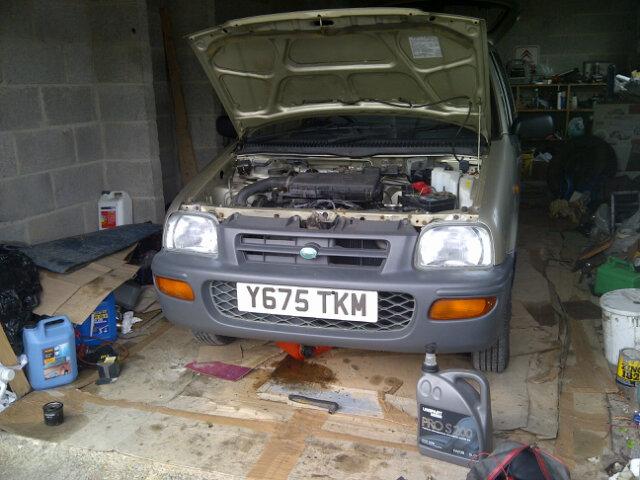 Perodua gets some fresh oil. Fits nicely in my messy garage!

The car with an oil filter and oil, though I deemed the 15w40 oil too thick for these engines. They like oil that’s closer to water! Handily, I had some 5w30 left over from when I owned the Daihatsu Sirion. It’s marvellous being able to service two cars on one 5-litre bottle of oil. The oil capacity is tiny! I’ll also be changing the spark plugs and air filter once I’ve got my hands on them.

I then gave the car a good wash, including going over all of the door/bonnet/boot shut areas, some of which were very mucky indeed. I even cleaned out the fuel filler area! Going over a car, you start to spot all the imperfections. There is some light surface rust setting in on the lower edges of the sills, the nearside rear wheelarch and bonnet slam panel. I know from the Sirion that rot can be a menace, even on a car that’s quite young by my standards – 14 years! I’ll soak these mainly-invisible areas with a light oil to try and keep the rot at bay for now. I can hardly justify going to the trouble of trying to eradicate the rust entirely on a £300 car!

Here’s where the rot begins. Needs slowing down.

Really though, it’s in exemplary condition for its age. It helps that it was garaged for the first ten years of its life, and driven very infrequently. The service history (from 12 to 10,691 miles) shows that it was initially serviced every six months, even though it was only doing a few hundred miles in-between! Remarkably, the clutch was changed at 10,630 miles – though perhaps this indicates the age of the first owner… It must be said, it’s a car that does often need you to slip the clutch far more than other cars I’ve owned. The pedal is more of a button in my Citroens. Clutch is either on or off! 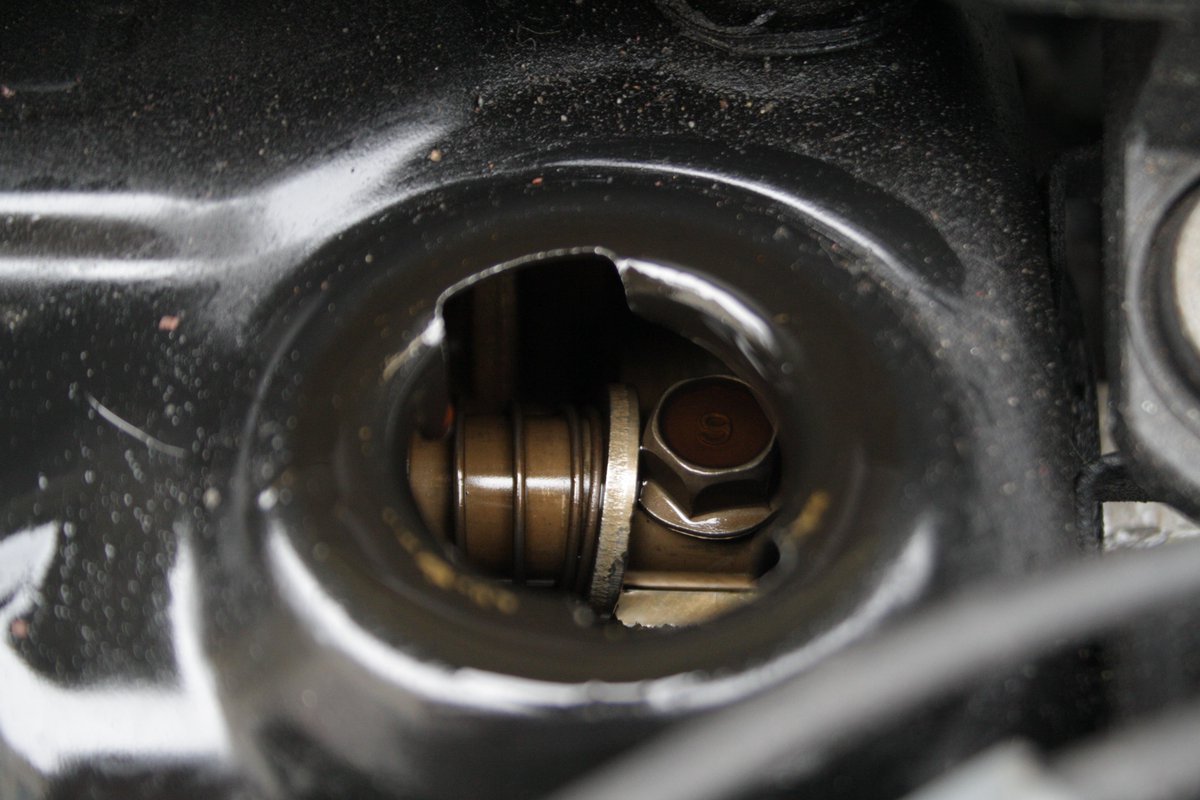 Through the oil hole – pretty clean in there!

There’s no history from 10,791 to 24,000, but it’s apparent that the most recent owner must have done some servicing. For instance, I could easy remove the old oil filter by hand – no tools required. That’s always nice. Suggests it hadn’t been there for too long and that whoever fitted it wasn’t an oaf.

The more time I spend with this car, the more I love its sheer simplicity. It’s so refreshing to see bare metal inside a car. Yes, it’s a bit tinny and yes, the ride is hardly sophisticated, but it’s huge fun. Direct, unassisted steering and tenacious grip mean it is a barrel of fun in the bends, while that growling three-pot engine just begs you to let it rev. That said, it has a surprising turn of torque if you want to amble along. To a point. Crawling in traffic is something it just doesn’t like to do.

Having got the seal of approval from my Mini-loving wife, I hope it’ll stick around for some time to come.

One thought on “Perodua Nippa – a closer look”