Yes, ok. So, talking about Top Gear and Jeremy Clarkson at the moment is rather blatant trend whoring, but I have to respond. 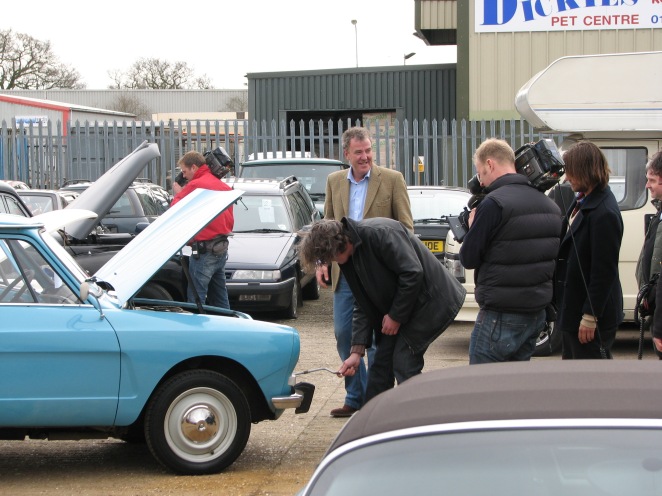 Some cocking about, not in Argentina, not yesterday

You see, my social media is now full of people crying about the potential loss of what was once a pretty good motoring show. I’m not upset at all. In fact, I wish the Beeb had had the balls to call time on Clarkson yonks ago. I’m all for free speech, but his often racist, usually politically incorrect and nearly always incorrect rants were something I ended up choosing to ignore. My Sunday nights will be no different if there’s no Top Gear as I don’t watch it.

I do find it annoying that Clarkson has gone so far down the route of being a complete arse. I genuinely do like his writing style, and own many of his books. “I know you got soul” is a beautifully moving book about the overall demise of 20th century icons. I’ve also greatly enjoyed some of his non-car telly.

But as new Top Gear drifted from petrolhead viewing to something that appeals to a far wider audience, I’ve found the show less and less satisfying. The needless destruction of cars. The pointless driving into each other. The ‘omg how hilarious’ completely staged ‘accidents.’

For too long, the BBC has struggled with how you discipline someone who brings in so much income. Now they’ve taken action, they’re branded as lefty idiots because Clarkson has made it cool to be rude about people with different colour skin, or from different continents. In fact, he has made rudeness seem very appealing and it’s that complete lack of respect for anything that isn’t hugely powerful or a white male that means I will not mourn the show’s demise should it happen.

You brought it on yourself you daft twat.