I got troubles, then I didn’t

My third day of XM ownership started well. Sunshine! I contemplated my To Do list. Could I get the remote fob to operate the central locking and could I get the stereo working? It was demanding a code.

On opening the car in that old fashioned method of using a key, I discovered that the central locking wasn’t working at all. Hmmm. Rather than trying to fix existing problems, I was now trying to cure a problem that was entirely new. Fuses seemed an obvious starting point. These are ‘conveniently’ located above the passenger footwell, on the underside of the dashboard. They are helpfully numbered, but the numbers are only visible if your facing the panel directly. Which means lying pretty much upside down in the footwell. Nice.

All the fuses checked out, so I had to resort to The Internet. Try as I might via the excellent Club XM forum, I couldn’t find the exact problem I was having – no central locking or interior lights. Eventually, I gave in and resorted to disconnecting the battery and reconnecting it. I rebooted my car. Ugh.

This did the trick though. Hoorah! That was good because the Series 2 XM has deadlocks, and that meant that without the central locking operating, it was impossible to unlock the rear doors. That was a problem as we needed to collect a bottle of gas. 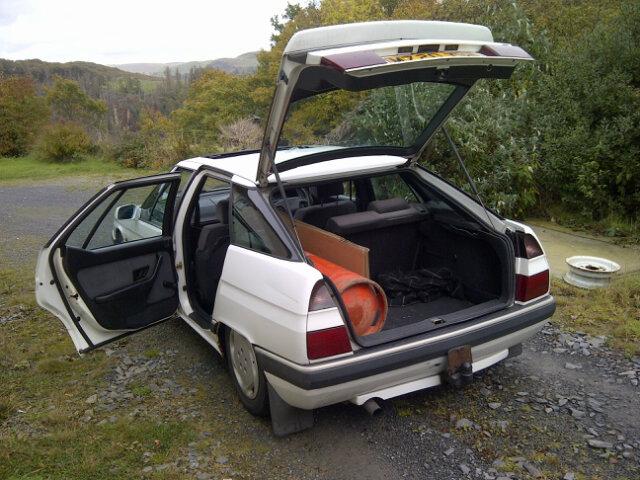 XM working for its living

It really is handy being able to drop the suspension down when you’ve got a 47kg gas bottle to deal with. Sadly, my attempts to re-sync fob with car failed, but at least I could use the key to open the entire car again.

The next challenge was the stereo. It required a code as the battery had gone flat before I bought it. There are many places on the internet where kind folk will give you the code for your stereo. The codes were meant to be an anti-theft measure, but given how easy it is to get codes, they really aren’t. These days, I have to rely on the fact that most people don’t want a cassette player. To provide serial numbers etc, you have to remove the stereo. This took far longer to do than it should have as for some reason, I was struggling to get the face off – necessary to access the removal tabs. I got there in the end, sent my details over the interweb and was rewarded with a working code. Hoorah! 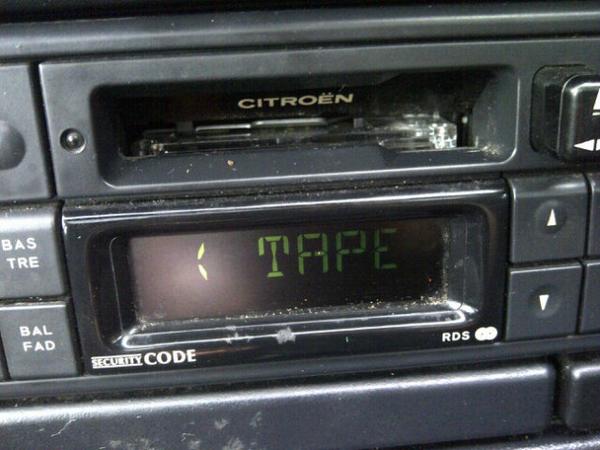 Yay! I can listen to stereo cassettes – sounds good

This pleases me greatly. For a start, cassettes remain one of the best ways to listen to music in a car. Cassettes don’t get upset by bumps in the road (still an issue, even in a Citroen) and are much easier to change than CDs. I find it easier to grab the cassette I want listen to than scroll through a hard drive of music too. I’m now all set for a weekend roadtrip.

This is a car that still makes me grin every time I drive it. The ‘feel’ of it is just so good – so what I want in a car. I like it so much that I even started polishing it this evening. Crikey.

I really do like this car an awful lot. For sale in three months then?

One thought on “I got troubles, then I didn’t”