I thought I’d become bored with the Citroen BX. Getting rid of my previous one in July last year felt like the right move. The downsides were outweighing the positives and I felt it was time to move on.

But, as I’ve previously written, the BX is pretty close to motoring perfection in many ways. Few cars manage to mix limousine comfort with the load lugging ability of a small van, while delivering 50mpg and handling that delivers plenty of entertainment. As I reminded myself at the NEC Classic Motor Show last year, I really do adore the styling of the BX too. Granted, the estate isn’t really a looker – it puts practicality ahead of style, which is the way it should be really. My Rover 75 Tourer looked more stylish, but was bloody hopeless when it came to carrying stuff, due to a tiny tailgate opening, tapered sides and beige carpet. Beige carpet? In an estate?!

Getting back on track for a moment, when a friend offered a deal involving his BX diesel estate and some money in exchange for the mighty Discovery, I’m afraid my 20-year desire to own a humpy-roofed Land Rover went straight out of the window. I need a decent distance vehicle, but if the Land Rover was going, I needed something practical too. So, I’ve got perfection haven’t I? Let me tell you about my day. 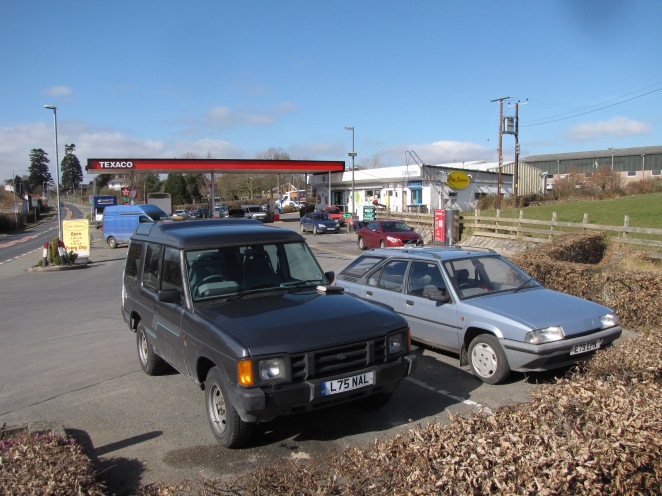 This was a rather merry old scene. At Crossgates in Powys, my friend Rich and I exchanged vehicles, documents and money. I said goodbye to my lovely Land Rover, and clambered aboard my new BX.

I felt totally at home straight away, which was encouraging. Sure, the BX isn’t perfect, but then it wasn’t valued at perfect money. It seems very sound, but there is (as with any old car) some fettling to do in the coming months. The driver’s window didn’t close properly for a start, but that’s ok as it was sunny, so I just kept it open. That allowed me to hear the blowing exhaust all the better. There’s a seriously knackered engine mount in there somewhere too, as the driveline shunt is rather epic at times. Easily fixed.

It did gather pace nicely though, floated majestically along and made me think I’d done the right thing. Alarm bells were sounded when warning lights started flashing, but this was merely because the engine was almost entirely empty of oil. Easily solved again. I shall have to keep an eye on it and see what’s what. 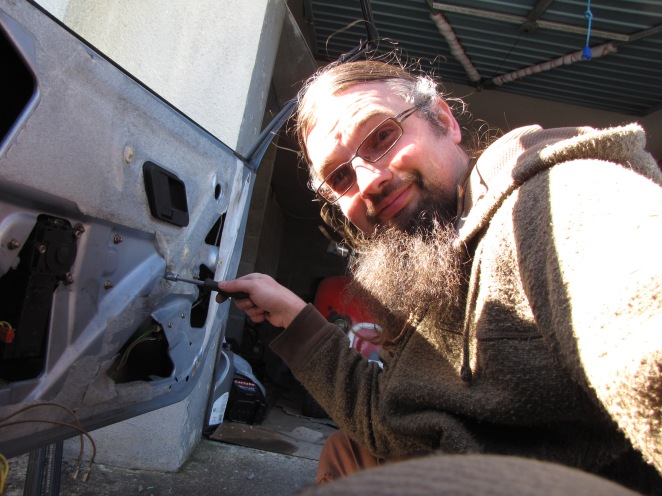 Once I’ve cleared the parts stash out of the capacious boot (two wheels with tyres, two front wings, many headlamps and various other bits, all below parcel shelf height – with another two tyres above that) I began to look at the issues. The window was going to get seriously annoying on a long run, so I reluctantly pulled the door card off. I’ve had ‘fun’ with BX window mechanisms before. Happily, I spotted pretty quickly that two nuts that hold part of the mechanism in place were loose. I arranged the glass in the right place, tightened the nuts and job done! Phew.

Then I could set about a bit of a clean and tidy session. The mucky interior (previous owner had children) will need some work, but I started with the outside. This was the result. 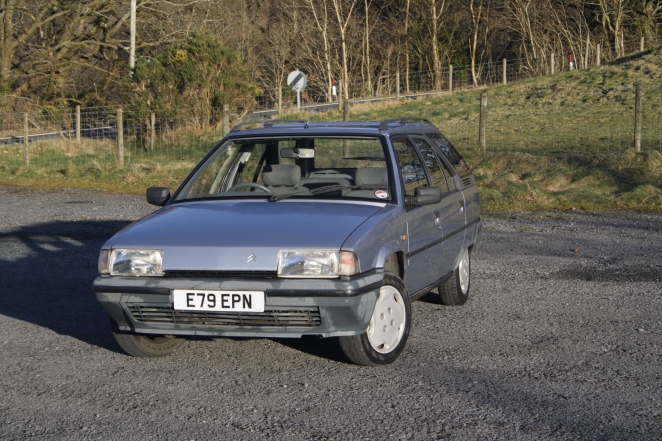 Brushes up quite nicely!

Ignore the front bumper, it was still wet. She did seem to come up nicely for a good wash though! I even cleaned the door shuts. Yes, those are the wrong wheel trims and yes, the font on the front numberplate is annoying, but there’s a good looking car there. She’s not immaculate by any means – the nearside wing and rear door have taken knocks, there’s some grot appearing on the nearside sill and rear wing, and there are quite a few scratches and stonechips all over it. I’m very pleased though. So far, the return to BXing is going well. Work to do, but it’s looking like a very worthwhile project.