The reason for being in France was that some dear friends of ours were getting married. Several other friends brought classic Citroens, and we had our own parking area at the wedding venue.

Yes, that is a pair of RHD Ami 8 saloons. The groom owns one of them. The gorgeous orange GS estate is a car I did a photoshoot on for Classic Car Weekly eight or nine years ago. It now belongs to Darrin of Citroen Classics, which is where the groom works these days, handling parts.

Following the wedding service, there was a very enjoyable hoon convoy, which saw the fleet of Citroens take to the streets of Saint-Amand-Les-Eaux, with much bodyroll and horn tooting. Marvellous.

We certainly created quite a scene, with our British Citroens and 1960s dress code! There were many bowler hats.

The rest of the day felt like a 2CV camp indoors, with much merriment and silliness.

The following day, we discovered that there was a classic car meet in the Centre Ville. Excellent! Elly met an elderly relative.

Trying to pick my favourite car was not easy. I adored this Vespa very much, and the Mustang was not without appeal.

But this Alpine 310 has wacky wipers, and is oh so French. The Renault Floride behind it was nice too. 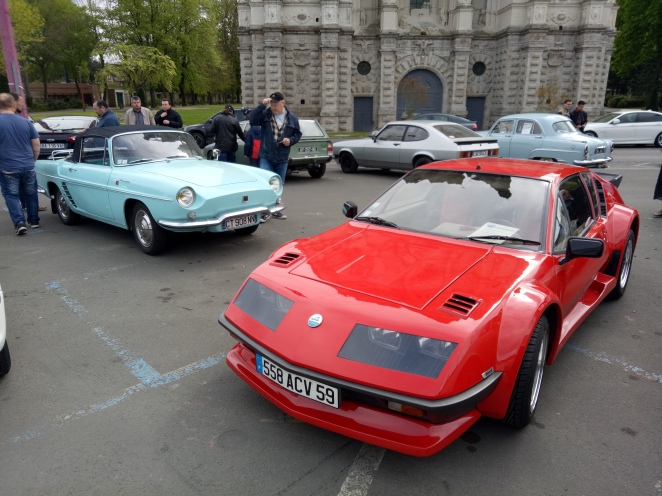 Sadly, no Ami 6 saloons were present, but this Break was very pleasant.

Finally, this shabby-chic GS estate was absolutely delightful. I would love to own one. 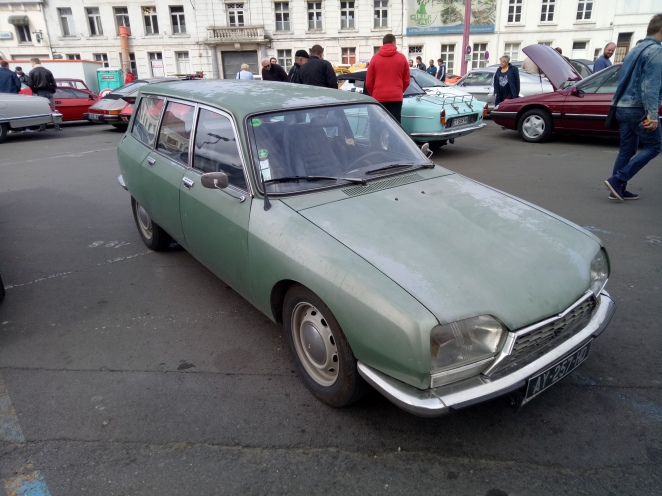 After returning to the wedding venue for a lunch of leftovers, we began our gentle drive northwards to Dunkerque. I didn’t crack much above 90kmh on the autoroute.  There was no rush, and my passenger may have been a bit fragile…

We booked into our Ibis Budget hotel, and immediately ran away from the horrid, chemical smell in our room. We left the window open in the hope that the smell might dissipate somewhat.

An amble along Dunkerque’s long prom was pleasant enough, with an entertaining mix of architectural styles and lots of cafes. We chose one for a spot of dinner and blistered our way through an embarrassing failure of our feeble French…

However, we did some sightseeing before we ate, with beauties such as this nice Renault 5 ‘supercinq’ not far from Elly.

We thought that this shambolic C6 might be the most hopeless car we would see, but we were wrong. Check out those gaffer tape repairs though!

That turned out to be a mere starter though. The main course of pure Autoshite was this C15. The tinworm had left holes in the roof! 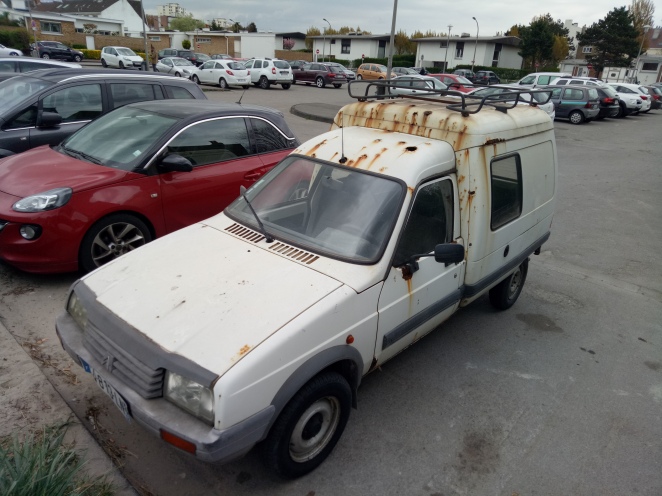 Generally though, France was disappointingly bereft of old tat. This is a country where people would only buy a new one once the old one had finally fallen apart completely. Either more modern cars just don’t soldier on regardless, or consumerism has finally taken hold here. It’s a bit disappointing either way.
But, holiday time is over. We’re now back on the boat, heading back to Kent, where a spell of work awaits. There will be another part to this tale though, as we still need to get back to Wales!

For now, here’s our last photo in France. 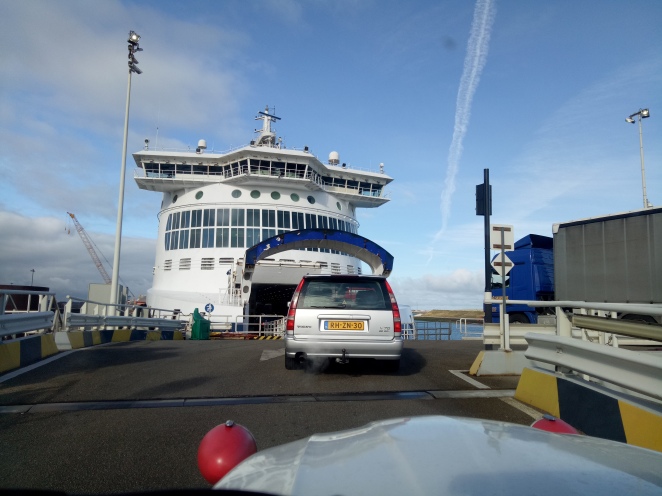