It will be of no surprise to anyone to learn that fleet changes are afoot. I have a reputation to maintain!

The obvious candidate for the chop is the Omega I’m afraid. I can’t explain why I find the Honda a much better car – it’s dynamically inferior in at least seven ways – but I do. This is the thing. Attraction doesn’t always make sense. I married a woman who loves vegetables and eating leaves.

The simple truth is that the Omega has failed to grab me. It’s ok. It does a job. Really quite well. But that isn’t enough. The Honda is a muse. I can write about it in one of my magazines. I can’t write about the Omega. It’s still a bit new, a bit bland for classic car titles (though it has appeared in Classic Car Buyer), and it certainly doesn’t fit the bill at sister title Performance Vauxhall either! I got out accelerated by a startled rabbit the other day.

So, it’s up for sale, with that sale hopefully raising another £100 for the charity linked to the original owner.

In the meantime, I’m utterly failing to service the Nippa, utterly failing to prepare the 2CV for its upcoming trip to France and not doing a very good job of getting the Honda ready for Japfest – or even just sorting out the leaky tailgate. I think the bonding on the glass has broken down. Really, against this, the Omega stands no chance. It is some way down the pecking order. 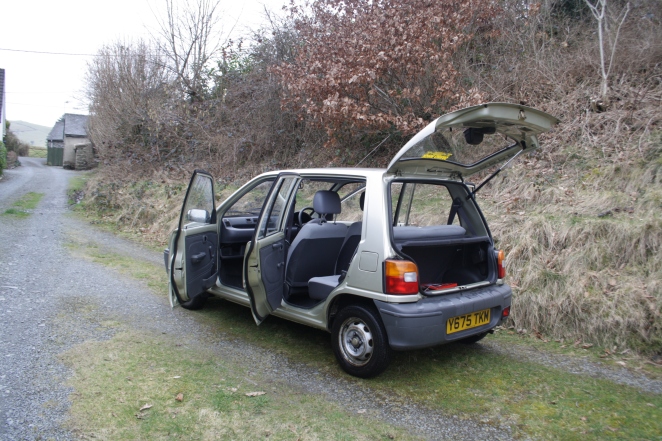 Tiny car needs big love. Or at least some new oil and filters.

So, I guess the last thing I should do is go out and buy a ropey old car that needs work. Er, well. I haven’t actually bought anything yet, but let’s just say I have my eye on a few options…

4 thoughts on “Change is coming…”