I was going to try and hide the identity of my new car from you, but leaks have started to appear in my attempted secrecy. So, here you are. My first Vauxhall! 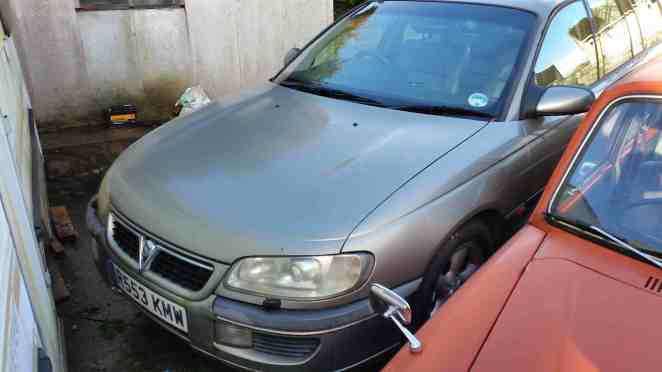 That picture represents all I’d seen of the car when I agreed to have it. I knew it had been off the road since the summer of 2015, parked up with a minor fuel leak. It’s a 1997 Vauxhall Omega Elite TD auto estate, so pretty darned high-spec. Not my usual thing at all. In fact, I’ve never owned any Vauxhall, perhaps hoping that I might one day begin that adventure with a Senator. I love Senators.

By 1997, this was the Senator equivalent. The Omega replaced the Carlton (I like those too) and Vauxhall attempted to overcome the horrors of the Carlton diesel by borrowing BMW’s M51 six-cylinder turbo – the same engine that was also used in the Range Rover P38, several BMWs (badged tds) and, oddly, the UMM Alter (though possibly not in the UK). It’s an old-school, indirect injection diesel, with two valves per cylinder. That’s sounding much more like my cup of tea. Because Vauxhall’s automatic transmission is not very robust, the engine is detuned in this application, to 130bhp (from BMW’s 180). Mind you, they detuned it for the Range Rover too, so maybe BMW just kept the power for itself…

More photos have since surfaced of the car. Disappointingly in some ways, it has been cleaned. 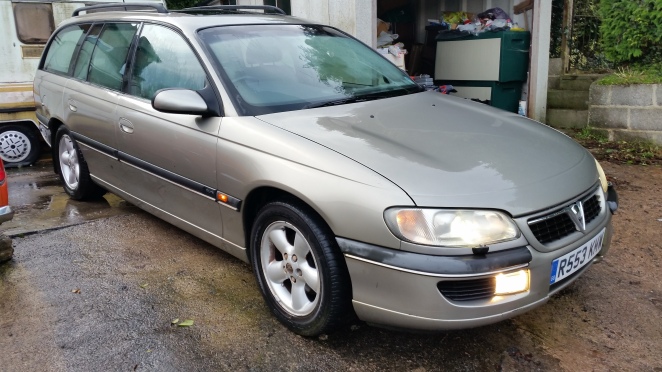 Mind you, to be fair, the owner has also ensured it runs and drives after its lay up, which leaves me feeling at least slightly comfortable about Friday.

The story so far is that I’m heading to Bristol with a friend on Thursday. I’m staying with a complete stranger that night, courtesy of AirBNB. Then, the owner is picking me up on Friday, while a chap I bought a car from five years ago will be joining us in Bath. We’ll do the paperwork, check the car over, fix a few small things (sidelight bulb out, check how bad a reported diesel leak is) and hopefully take the car for MOT at 2:30pm. If it’s a pass, then I shall drive home triumphant. If it’s a fail, then I don’t really have any back up plan at the moment. Too many variables. We could find ourselves carrying out minor repairs, or it could be something major that scuppers the caper. I’m not going to bother worrying about it. The ultimate fallback is to catch a train home.

It certainly promises to be exciting, and I’ll do my best to Live Report along the way – apart from when I’m driving, obviously. If it all goes quiet, well, hopefully that means I’m driving it home. Naturally, a video will be forthcoming. Already, excitement levels are rather high.

One thought on “The new car: Project OMG!”