As related in the previous post, I had headed to Plymouth to collect my new Honda S-MX. Having got the headlights working, I could settle in for a 60-mile drive, and get a feel for my new steed. What is the S-MX like to drive? 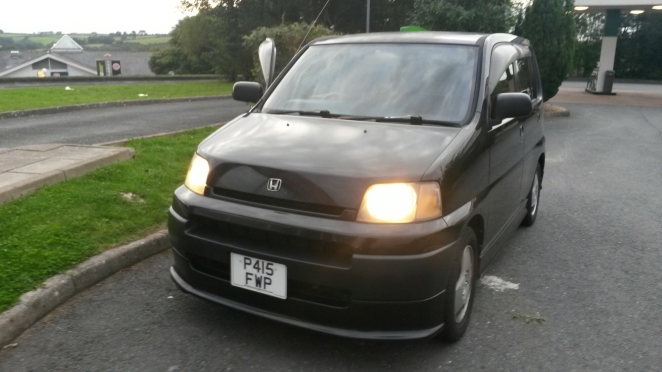 Oddly different. In terms of looks, it’s like a shrunken Volkswagen Transporter, and it feels similar to drive too. You have a nice, upright driving position and always feel like you’re driving a big box.
The column gear selector is not very VW-like I’ll grant you, and it’s not very pleasant to use either. It really is a case of stick it in D4 and leave it there. Snicking around the ratios is annoyingly difficult and best ignored. 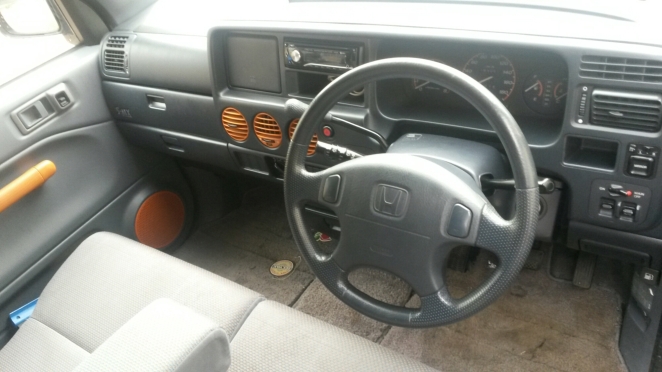 A nice place to sit.

That’s ok though, as it’s a pretty nice gearbox. It is perhaps a bit over eager to kick down, but changes are smooth. It does initially slip a bit on downshifts, and the torque converter lock up doesn’t seem to function. I’m hoping fluid changes will improve both issues. 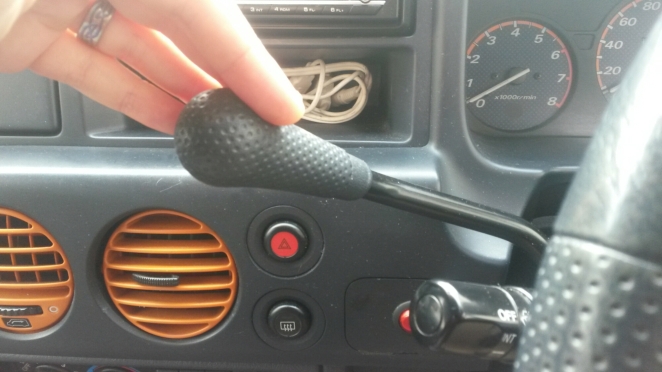 Thankfully, even with the lack of lock-up, the engine is smoothly doing 3250rpm at 70mph, so doesn’t seem overly stressed.

The steering is very light, to the point that I think something may be wrong. I wonder if it is meant to get heavier at speed and isn’t.

It makes it very easy to drive, but it does feel a little nervous at speed. It also inspires zero confidence when cornering, not helped by mismatched tyres and, I suspect, poor wheel alignment.

The brakes are good though, and the ride pretty refined. It loses composure over uneven terrain, but I reckon it rides better than my Rover 600 did. The suspension is typical Honda double wishbone up front, but an unusual trailing arm multi link set up at the rear, which is unique to the S-MX and, I think, the Stepwgn, which is an annoyingly named long wheelbase version.

Being a big, boxy thing, there is a fair dose of wind and road noise at speed, but it isn’t sufficient to ruin the listening experience when tuned in to Radio 3. Pretty good then.

Back to the story. I reached Cornwall, found a quiet lay by near St Agnes and got ready to test bed mode! 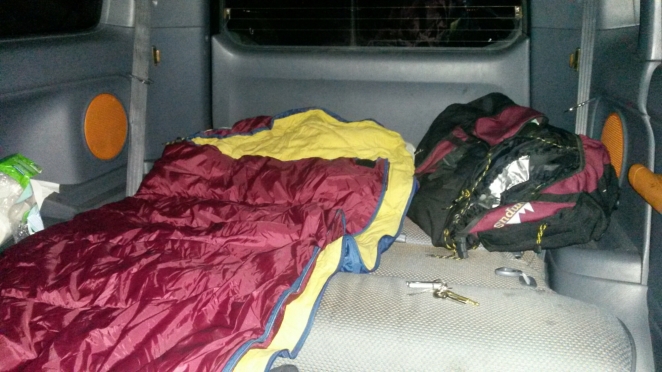 Wherever I park my car, that’s my home.

Luxurious eh? To be honest, like every car with seats that convert to a bed since at least the Austin Maxi, it isn’t exactly ideal. It is a bed with contours that most beds do not have. Despite this, I got a reasonable night’s kip. I avoided steamy windows by cracking open each opening window (there are three). Normally, this could allow rain to sneak in, but the S-MX has wind deflectors to keep the rain out. Which turned out to be fortuitous. 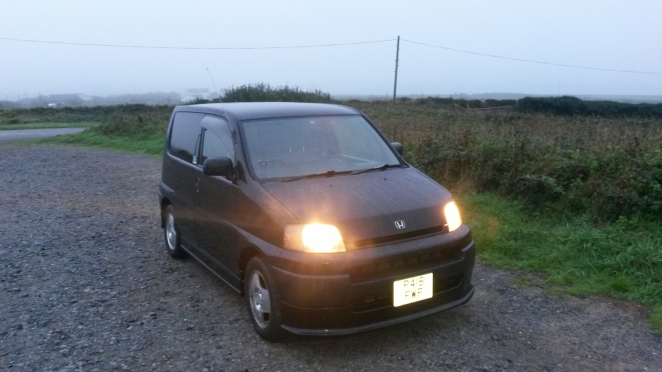 It took mere moments to get packed up and on my way, though mist ruined any chance of the nice view I had hoped to wake to. Now, I needed to get near Redruth for the entire reason for the Cornish adventure. A friend of mine with a garage had offered his services at a very good rate. It was time to treat my new steed to a bit of love. It would turn out to be a long time since anyone else had…