I got a real surprise at 2CVGB’s Registers’ Weekend event, when a pal pointed out a car that looked familiar. Could it be? Yes! It was C798 KOJ, or Colette – a 2CV I was given in 1998, and sold the next year. 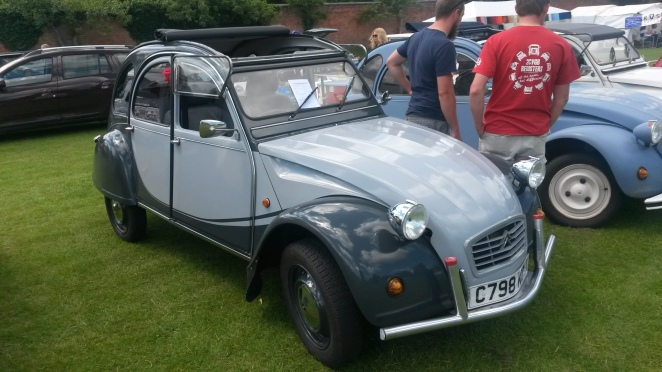 Now, this is a pretty rare moment, and one I treasured. Generally, as I usually own rubbish cars, the chances are they don’t last long after I’ve owned them. In fact, I’d sold Colette primarily because she was too nice for an oik like me – I would have been 20 when I took her on.

The story of how she came to be mine is an interesting one. I was a local group contact at the time, living in King’s Heath in Birmingham. One day, I got a phonecall from a chap not too far away, who said he wanted to give his 2CV away to someone deserving. Obviously I was interested, though I expected something of a heap at that ‘price.’ But Colette was immaculate. She’d been rechassied, by Citroen no less, and was clearly very well cared for. The chap, Eric I think his name was, just wanted her to go to a good home as he was going to stop driving. I collected Colette a few days later. Wow. I actually owned a nice car!

But, I was young, and therefore stupid. I took Colette to the 1998 2CVGB International rally, which was a big one – it marked 40 years since the launch of the 2CV. But, I also took poor Colette greenlaning! So much for care eh? In fact, I think I took her greenlaning twice with 2CV chums. 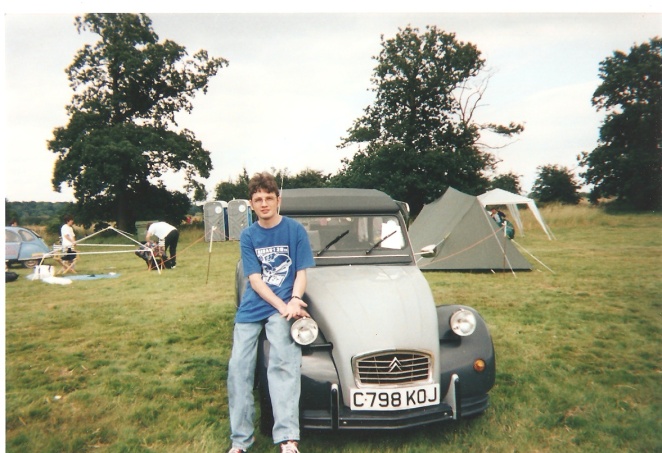 I drove her all over the country. I distinctly remember driving her to Wales for an Easter camp, possibly in 1999. That was the year that I decided I had to sell her for her own good. Clearly, I was not looking after her in the manner she would have hoped. So, I put her up for sale, and she sold for £1100. That was an awful lot of money, though I had recently paid £1600 for a Citroen BX, so it merely helped me keep the wolf from the door. It did cause me a serious amount of guilt – I had been given the car free after all – but it’s ok. I’m still wracked with guilt even today.

Colette didn’t move far away, and I saw her a few times after the sale. Then she came off the road, and I never knew why. She was sold to the chap’s friend, who had come to check the car out back in 1999, and he got her back on the road. However, she was involved in an accident in 2012, and off she came again. I think I checked her reg number around this time – a sorrowing experience. Why wasn’t she on the road?!

That was some years ago though, so I was delighted to see her in a field at the same event I’d taken her to in 1998 (albeit a different field!). Turns out the current owner had only got her back on the road again this year, so it was her first event! I can pretty much guarantee that it was her first Registers’ Day since 1998.

She’s changed a bit since then, but still has the ‘incorrect’ dark grey wheels – they would have been silver from new. The best bit is the pair of Honda front seats – heated leather no less! And very comfortable. Well, having tracked down the owner, it seemed only right to have a quick sit in my old friend. I think we’ve both changed a fair bit since the last time we’d seen each other!