Yesterday, I drove over 300 miles to Wiltshire and back. The XM shrugged off this trek, as it so often does and even though the boot was full of wheels, tyres and bits of Dyane.

Our plan was to get the Dyane in something approaching a decent enough state to pass an MOT. This we largely achieved, though I had to leave before things had been concluded. 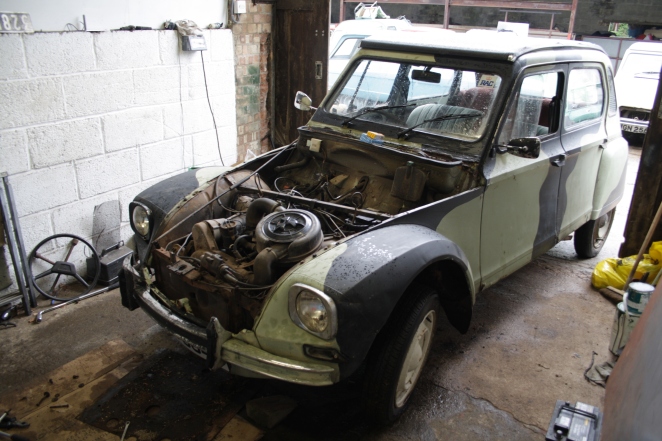 The Dyane, not yet quite ready for an MOT.

The indicators were particularly annoying as aside from a couple of small bulbs needing replacement, the lighting was otherwise fine. The indicator units are a bit rubbish though, so we had to raid a parts stash to find decent replacements – and invoke a little bodgery to gain the desirable flashing.

Wheels and tyres from my 2CV were fitted, as the tyres on the car were horribly perished. A couple of driveshaft gaiters were replaced, the brake system completed and bled and I could actually have my first drive of my new car. Woo-hoo! The engine sounds beautiful, so it has been treated to some fresh oil and a new filter. We even chucked in a pair of new plugs. I reckon the valve clearances are probably a touch tight, but it’s running well now, so I’ll leave well alone.

After five hours, we’d achieved a lot – including loads of small jobs like fitting door check straps, replacing the fuel line and finding a way to secure the bonnet due to the hinge rotting away. I set off back home while the lads kept working, and they reckon she’s good to go! Hopefully the MOT man will agree on Thursday. 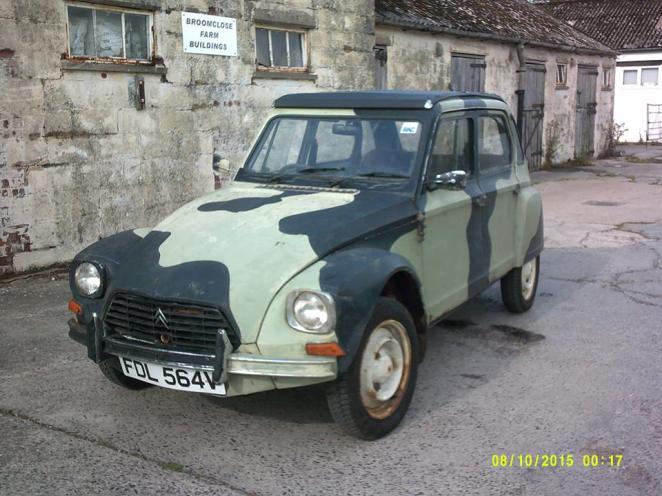 Huzzah! Will she pass an MOT? Ignore the date stamp. Not my picture!

On the way home, the XM’s fidgety ride was starting to bother me quite a bit. Thankfully, I’d already ordered some rear spheres and a sphere tool, and they arrived while I was Dyane fettling. Today, I set about changing them.

The two main suspension spheres were a piece of cake. Suspension on high setting, crack each sphere off with the tool (gently assisted with a hammer) just to get them moving, then suspension on low, open the pressure regulator and remove the spheres by hand. Then I inserted the new seals, twisted on the new ones (like an oil filter, and hand tight is fine) and that part of the job was done. 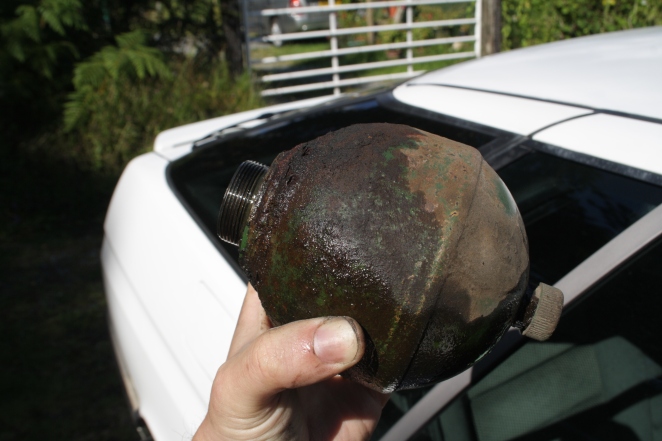 Yuck! This is the state of one of the old suspension spheres. Mucky.

Sadly, the centre sphere had other ideas. The spheres had valves on them, which suggests someone had the bright idea of fitting spheres that could be regassed. Sadly, this means they’d been sat there for an awfully long time! No matter what I tried, I could not get the centre sphere to shift. This is the key to the XM’s remarkable suspension. The centre sphere is used so three spheres give that wonderful, wafty feel as you drive along. Start hooning and the electronics lock out this centre sphere, which firms up the suspension. It’s what gives the XM such marvellous poise.

But there was no chance it was going to come undone, so I had to give up. Not even a chisel would shift it. I’ll have to let a specialist give it a whack at some point. Pleasingly though, the ride is already much improved. It was very bouncy and firm at the back, but it has now regained that magical Citroen float – even if it is still much firmer than a CX or DS. I’m well pleased.

One thought on “XM and Dyane news”