The realities of cheap living

When it comes to motoring, I do like to do it as cheaply as possible. Partly, that’s because I don’t have a lot of money, so don’t have any choice, but on the other hand, I’ve always tended to run cheap motors, even back in the days when I had a healthy IT-based income.

Not that I always get it right. The problem with cheap cars is that there are a lot of dogs out there! After all, most cars are cheap for a reason. Some of that reason is sheer snobbishness – the market for older cars is that much less because people would rather be seen in something newer – but it’s also inevitable that cars that are getting on a bit might well be past their best. 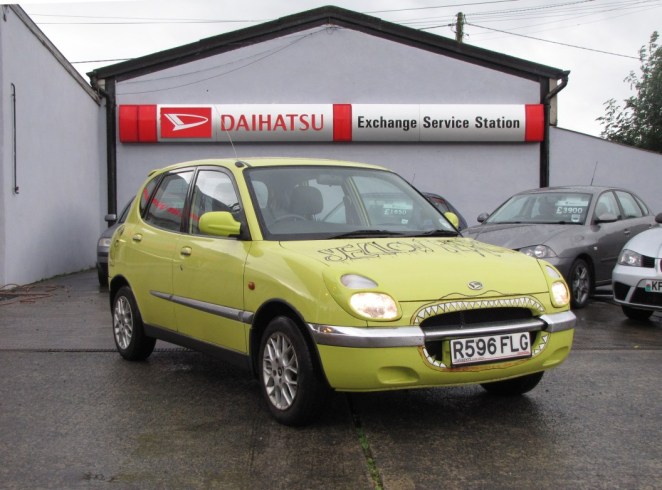 My Daihatsu Sirion was not good bangernomics. Poor thing.

Thing is, these days, a 20-year old car that is past its best may still have lots of life in it! Which brings us neatly to the Seabrook Bangernomics Principle. Pure Bangernomics involves buying a cheap car, and just throwing it away and getting another cheap car when the first one expires. I’m not a fan of this for two reasons. FIrstly, I can’t bring myself to throw away cars. Secondly, I much prefer to look after cars, even if they didn’t cost much to buy. Primarily, that’s because I have too much mechanical empathy, so I can’t drive cars that I know have mechanical issues. But it’s also down to safety. I want good tyres. I want to know that the braking system is working exactly as it should.

My Daihatsu Sirion was a case in point. I bought it cheap, had lots of fun in it but also spent quite a bit on it. I replaced the exhaust system and fitted new brake caliper slider pins. A few months later, I finally gave up the battle against it’s terminal rot and sold it to someone so they could scrap it. I couldn’t bring myself to do it! The money I spent on that car was a complete waste. There’s no point chucking money at a car that’s clearly an End Of Live Vehicle.

I was therefore a bit more cagey when checking out my Citroen XM. I paid £375 for it, but I decided it was a good basis, so probably spent another £300-400 over the next few months on making it better. It had some welding done and a few mechanical bits and bobs. It even had a fresh coat of underseal. Earlier this year, I threw another couple of hundred at it to have the timing belt changed. I’m now seven months and over 6000 miles down the road from when I bought it, and I reckon it still owes me around £1000 in total. That’s cheap motoring.

Not as cheap as the little Perodua Nippa granted. I paid just £300 for that, at 24,000 miles, and have probably spent less than £50 on it since – ok, maybe £100 if you consider the cost of an MOT and having a steering rack gaiter replaced. It has now happily covered over 1000 miles since purchase.

The XM is a relative no-brainer. If I can keep on top of corrosion (and it has very little for what is a twenty year old car), then it’ll only appreciate in value. I bought when XM values were as low as they were ever going to get, and they’ve already risen a fair bit. That’s the real trick. If you can buy and maintain a car that’s going to go up in value, you may end up with a car that effectively pays for itself! You can’t get cheaper than a car that generates its own profit. The XM is some way from doing that, especially as I anticipate spending another £500 on it before the year is out. However, if I can get to one year of ownership having spent £1500 in total (excluding fuel, tax and insurance) then I think I can consider I’m doing pretty well. Especially as this is a car that does 45mpg, is hugely comfortable and has fancy computer-controlled suspension. Economy needn’t be miserable – it’s huge fun to drive. It must be, or it would never have lasted this long on the fleet.

The XM has, so far, been a real Bangernomics success story.

It’s a shame that 2CVs no longer represent cheap motoring. Bodywork aside, they probably could do – I’m just finding that bodywork is a service item that needs renewing every 100,000 miles!

One thought on “The realities of cheap living”