Volkswagen is pretty unique in offering conventional, hybrid or electric versions of its family-favourite Golf hatchback. Given my increasing love of electric vehicles, it was naturally the fully blown e-Golf I opted to test. In short, this is a Golf, but with a transversely-mounted 85kW/115PS electric motor driving the front wheels via a single-speed transmission and with a 24.2kWh, 318kg battery back mounted at the rear. It has a claimed range of 118 miles per charge. The weight of the e-Golf is 1585kg, which is 200kg more than an equivalent diesel.

In reality, it’s just like a Golf. You get in, twist the key in the ignition, select Drive on the automatic gear lever, press the handbrake release button (electronic – annoying) and off you go. It feels very conventional, if eerily silent as you come to a halt.

Once you’re on the move, it’s like the smoothest automatic you’ve ever driven. There’s grunt instantly if you require it, but the key to getting the best out of an electric vehicle (EV) is to drive as smoothly as possible. The seamless power supply certainly aids here, as does nicely weighted (if slightly lifeless) steering. A power counter replaces the rev counter, and the key is to keep it in the blue range. The gauge goes from zero to 10 but you really want to try and keep the needle below three. The needle also swings the other way, into a green zone, which is when regeneration occurs. This is where the motor turns into a generator, which gives an engine braking effect, slowing you down without having to brake.

You can accentuate this feature through no less than four modes. In D, you can knock the gearlever left to access D1, D2, and D3, which gradually increase the regen effect. Or, knock the lever down to put it in B mode (like on a Nissan Leaf) which gives a really strong regen effect. I see no reason not to use this really. 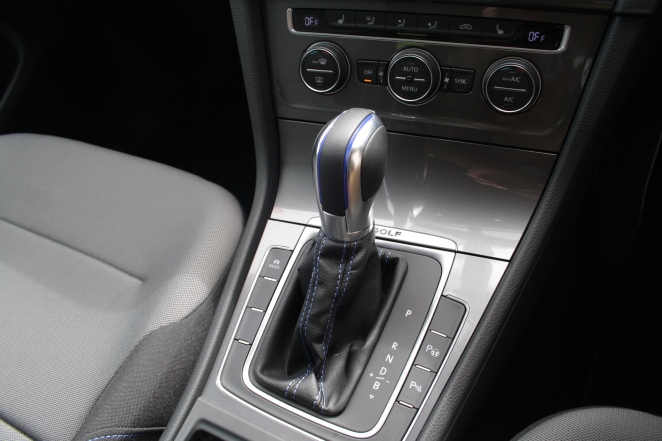 Gear selector is just like an automatic, but with a B mode for more regen.

In reality, you find yourself controlling your speed almost exclusively with the throttle pedal. Lift off completely and the car slows quite dramatically (it does illiuminate the brake lights). Lift a bit less and you can manage that regen effect to slow as much or as little as you like. It isn’t very often that you have to actually use the brake pedal. Even then, the first bit of travel merely increases regen further before the actual brakes come into use.

The ride is mainly composed, but a bit jiggly over some surfaces. 55-profile tyres probably don’t help here. Otherwise though, it’s all reassuringly conventional. Road noise is quite pronounced, probably because there’s a complete lack of any other noise. It’s very easy to drive smoothly, but if you do decide to burn up the amps, it can be very entertaining too. It has superb weight distribution, so it’s really well poised if you decide to really push on. The vast wave of torque means you can dart very swiftly from corner to corner. 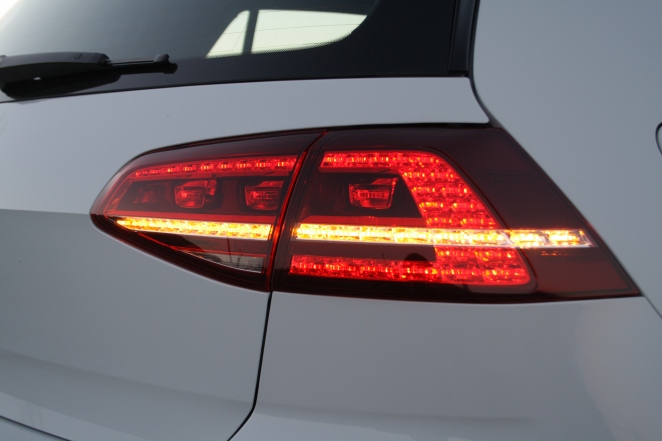 There’s plenty of room in the back, though tall adults may find a lack of under-thigh support. There’s loads of knee room though. The boot is a decent size, but not overly generous. The charge cables live in a bag beneath the boot floor. On a regular Golf, this is a much larger storage area.