As alluded to a few blog posts ago, what killed off typical cheap motors such as the Lada Samara was a new wave of ‘cars we’d seen before’ built somewhere cheap. These included the Spanish Seat Marbella (an older Fiat Panda), the Proton (Malaysian Mitsubishi Lancer), the Sao Penza (South African-built Mazda 323) and, from 1991, the Kia Pride – a Mazda 121 with a South Korean accent.

Kia had been producing cars since the 1950s, but a tie-up with Ford from 1986 proved useful. Ford already boasted a strong relationship with Mazda, and this led to the Pride. The story starts with the Ford Festiva, launched in 1986 and designed and built by Mazda. The Mazda 121 followed in 1988, but was not sold in Japan. In 1991, production moved to South Korea and the Kia Pride was born – still sold as a Ford Festiva in markets such as Canada, Australia and the United States. Apparently, 1800 Kia Prides were sold in the UK in 1991, but Kia has now become a popular brand here, with its current range far from being cheap, old versions of cast-off designs. That’s because Hyundai bought the bankrupt Kia in 1998 and the Ford interest was ended. The Pride made a brief reappearance in the UK and the tested car is one of those last models.

Prides were sold with jazzy white wall tyres, but it’s rare to see one so equipped today. Such is the state of the one I got to drive. To be honest, I wasn’t going to bother. Even me, the great lover of crap cars, considered the Pride to be as exciting as a ballpoint pen. Useful yes. Exciting, no. Besides, I already own a Daihatsu Sirion. Compared to that, most small cars seem utterly boring. 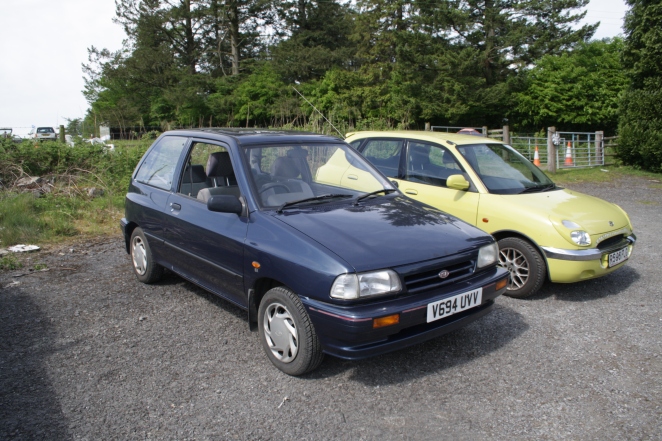 One of these little cars is brilliant

The owner cajoled me into having a go though. It seemed only polite to accept. After all, to be truly informed about your own favourites, you need to try the opposition. Clambering into the Pride at least allowed me to escape from the brain-numbingly dull looks. The door is huge, and it felt like I was opening the entire side of the car. That helps with the feeling of space inside, as does the width. It’s only 2 inches narrower than a Citroen BX. A huge glass area leaves it feeling rather bright inside, as does acres of light grey plastic. 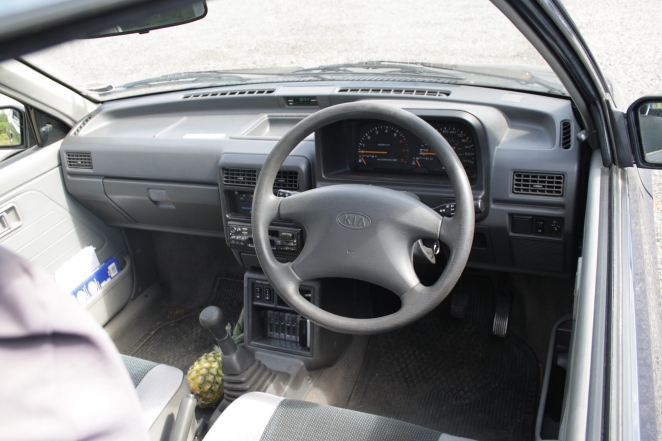 It’s not very inspiring, though I must concede that the inside of the Sirion is not exactly interesting either. The Japanese seem good at dull and functional, though at least switchgear wasn’t too scattered about. Only the electric window switches (yeah, posh eh?) confuse, by being mounted near the passenger’s right knee on the centre console.

The engine fires up as swiftly and sweetly as you’d expect. All a bit ordinary, but it does work with no bother. So far, so underwhelming. The gearchange felt a bit rubbery, but I felt confident enough to head up my favoured test hill. It went really well! The 64bhp engine has a nice spread of torque, so (unlike my feeble Sirion) it picks up speed briskly without need for ear-bleeding revs. That’s good, as the engine hardly sounds nice. It’s not unpleasant, but I can’t really describe it as pleasant either. It’s just another mundane four-pot. They tend to sound like this.

Reaching bends, things didn’t fall apart either. There was less roll than I expected, the unassisted steering was really rather good and precise, and it seemed happy to grip the road well. Bumps didn’t unsettle it unduly either. I began to suspect that motoring scribes who had little good to say about the Pride were either unrealistic in their expectations, or hadn’t actually driven one at all and just guessed that its budget price meant it was hopeless.

I also found it comfortable and the gearing seemed tall enough that motorway driving wouldn’t be too much of a chore, though this is pure guesswork as our road test took place about two hours away from any motorway. The five-speed gearbox has a good spread of ratios though. 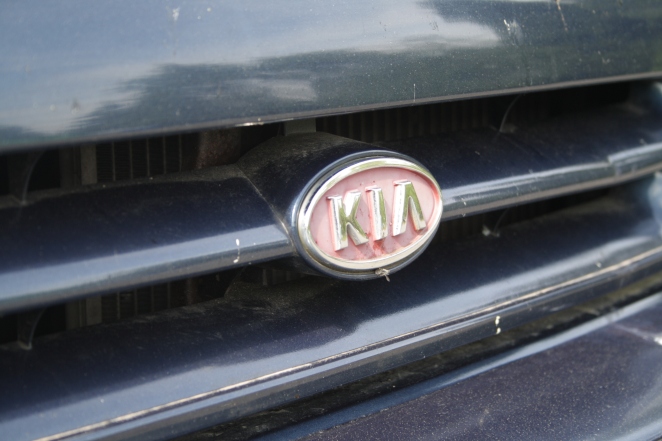 There you  have it then. Unsurprisingly, I found this unremarkable car quite pleasant. Isn’t it funny how actually, most 1980s/1990s cars can be described as pleasant? This one was purchased only a few weeks ago for the grand sum of £300 with an MOT until next year. That’s astonishing value really for a car that feels very competent and further proves that you really needn’t pay the earth for a good, working motor car. In many ways, it was much better than my Sirion. More spacious, more comfortable, quicker, more relaxing but, importantly, not as much fun. So, I’m happy to recommend the Kia Pride – but would always prefer something a bit more oddball myself.