Less is more. I think.

I’m still trying to re-adjust after a week with a 245bhp Jaguar. My three cars have only 154bhp between them. The thing is, that’s just how I like it. After all, the Jaguar was capable of reaching quite naughty speeds even when still in second gear. What’s the point of that? 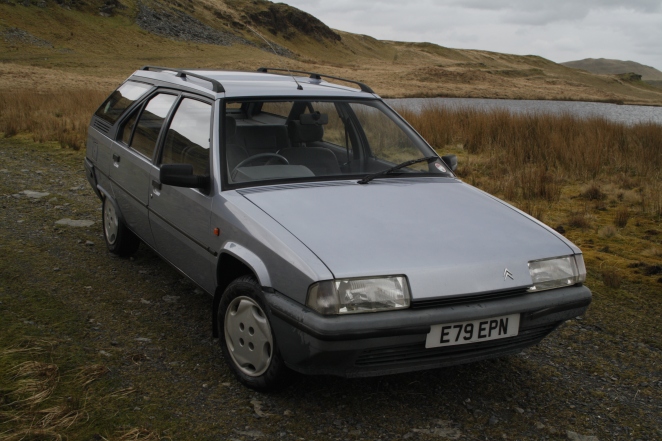 I’ve said this before, but I’ll say it again. Power is not essential to have fun. Any 2CVer knows this, and so do Austin 7 owners and custodians of Austin-Healey Sprites. Power has the ability to make pretty much any car exciting, but it isn’t a must-have ingredient. No matter what the presenters of a so-called motoring programme on the BBC may try to convince you.

The more I drive my 71bhp, non-turbo diesel BX, the more I’m convinced it’s the best engine you could specify. I’ve tried the turbo diesels, and they’re frustrating. Yes, the taller gearing is nice, and accelerating up a hill is a pleasant novelty, but you end up working so hard to keep them on boost. That means extra engine noise, as you must keep it between 2000 and 4000 rpm. By contrast without the turbo, I rarely trouble 3000rpm. Doesn’t sound like fun does it? But it is. I can mash the throttle pedal into the floor in all gears, and barely trouble the law. I also have to work hard to preserve momentum, which is an enjoyable challenge in itself – one alien to those accustomed to loads of power.

Speaking of which, the most exciting BX I’ve ever owned was a 160bhp 16v sports model. It was hilarious with its VTEC-like power delivery but, as with the Jaguar, you really had to blow speed limits to shreds to properly enjoy yourself. I sold it before it blew my driving licence to shreds. I imagine the 1905cc 8-valve petrol is a good engine choice, as you don’t need to rag one of those silly to get a shift on. But it won’t do 50mpg.

So, I’ll stick with the non-turbo diesel. Sure, overtaking needs a lot of planning and care, but that’s probably a good thing anyway. Lots of power means you’re tempted to have a go at gaps that aren’t really there. You can still have lots of fun though, due to the BX’s keen handling and excellent steering. Even when there’s play in the steering rack. After all, the real beauty of diesel for me is simplicity. Once you start bolting on turbos, you’ve started on the slippery slope that has led to today’s hideously complicated, problematic diesel engines. The Keep It Simple Stupid motto really is the way to go.