Thanks to a tie-up with Jaguar World Monthly, and its publisher Kelsey Media, I’ve got my hands on a Jaguar X300 for a week or so. I’ll be putting it through its paces over the next week, including a trip to the South East this coming weekend. I’ll be discovering what it’s like to live with a luxury motor car – one which can be bought for peanuts. Is buying one at all sensible? 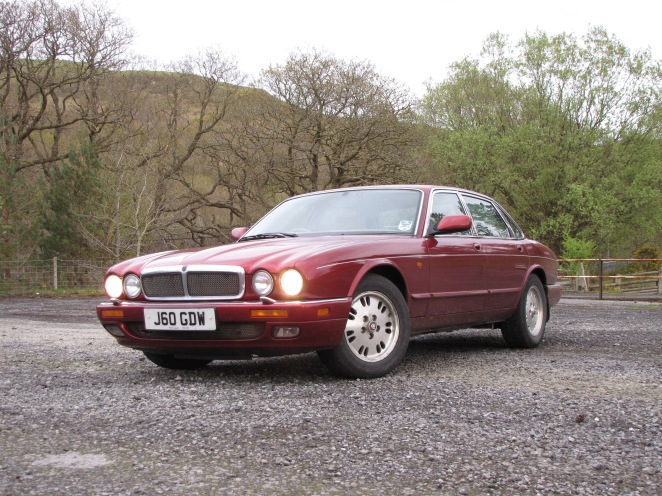 I’ve found this opportunity particularly appealing because I’ve always liked the X300. It was the Ford-sponsored reworking of the earlier XJ40. They took a good car, and made it better. Improved quality, much stronger reliability and further reworked engines. The X300 was only in production for three years – 1994 until 1997 – but relaunched Jaguar’s reputation. It looked entirely like a Jaguar, and a further evolution of the theme launched by Sir William Lyons way back in 1968 – something the current XJ has broken away from entirely. And not satisfactorily in my opinion.

Yes, a few Ford-influenced things do jar a bit. The key feels very cheap, with a similar feel to a Ford Escort. There’s also what looks suspiciously like a Fiesta electric window switch to control the folding mirrors. But, there is also a very large amount of bespoke, Jaguar switchgear – some of it a little eccentric to operate, like the headlamp switch and the cruise control. This is good.

The feel as you clamber aboard is very Jaguar too. The driving position is low, snug and cosy. There’s lots of wood and leather. There’s a handbrake lever nestling right next to your leg. It feels purposeful. Up front, a four-litre, straight-six engine provides a healthy 245bhp and sounds very similar to the Mercedes-Benz 300E I owned last year. 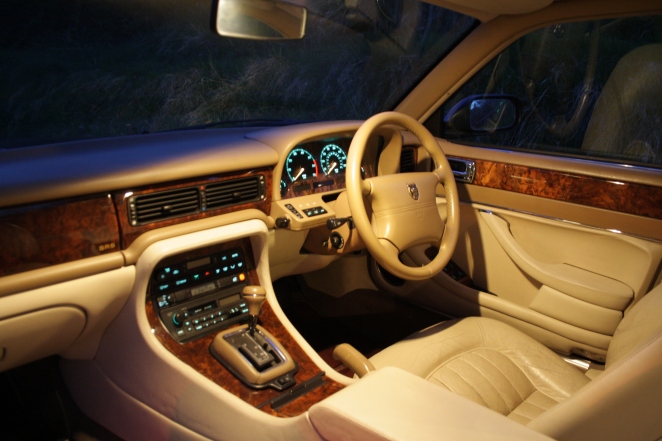 But what really appeals is that this is not really a complex car. Yes, there is an on-board computer, but it concerns itself with telling you how frightening the fuel consumption and what the range is rather than operating a handbrake. Useful stuff. These cars are cheap at the moment – if this one were to find itself on the market, I doubt it’d command more than £700. But as later XJs got ever more complex, I can see that DIY enthusiasts after a bit of luxury could find the X300 the absolute pinnacle of Jaguar saloon production. Already, really nice ones are holding their value in a way big Jaguars just don’t normally. £2000-3000 is needed for a really smart one. That still seems good value to me.

Of course, the next week could prove me wrong. I’ve always wanted an X300, but will a week of motoring change my tune? Or will I be changing my mind about which car I want to buy next yet again? At the moment, battle is raging between a Citroen Ami 6, GS or XM. Could it be that Britain’s luxury saloon will seduce me instead? Stay tuned and if you’ve got any thoughts on your experiences with an X300 (or even the later X308 V8s) then do let me know.