British Americana in extremis with dog-leg windscreen and obligatory tail fins. Lusty engines ensure performance is not a disgrace and these models have developed quite a following. Finding a rust-free example may be tricky, but very rewarding if you do. Velox was lower spec, with a few less thrills.

WHY YOU WANT ONE: 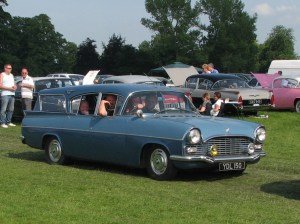 Rare Friary estate based on the Vauxhall PA Cresta

WHAT TO LOOK FOR

RIVALS FOR YOUR AFFECTION