The Legacy I should have kept

Worryingly, I’m getting my hands on a ‘boring’ car tomorrow. Every now and then, I feel the need to own something dull and capable. It’s just a phase and I’m sure I’ll be over it before long. 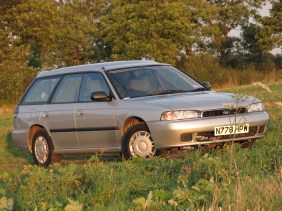 The Boring Legacy, though I do like the styling

One of the best ‘dull’ cars I’ve owned was a 1996 Subaru Legacy estate. It was quite ridiculously bland to look at, and even more so inside. Yet, it also had some delicious quirks. Like a Land Rover, it had a dual-range gearbox, though ‘low’ was nowhere near low enough really. It did make it sound like a rally car though – I used it mainly to make traffic jams easier on the clutch foot. It also had permanent four-wheel drive, which made it very sure-footed in snow, and gave brilliant traction in the wet. Floor it from a standstill and it just leapt forward with no hint of wheelspin. 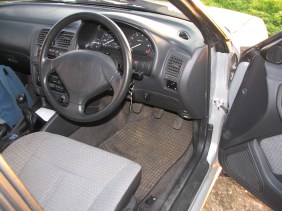 About as exciting inside as a zzzzzzzzzzzz

Then there were touches like the frameless door windows – I love the novelty of that. With a flat-four engine, it also sounded very different to most four-cylinder cars. It actually sounded nice, with a lovely rasp as the revs rose. That’s probably why I generally averaged 27mpg in it – pretty poor. It was good at speed, had a very useful loadspace and was comfortable, but the economy was always a bit of an issue – I’m getting similar figures out of my much heavier, much more practical Discovery.

I’m struggling to recall why I sold it, but I think a combination of rocker cover leaks (onto the exhaust, nice) and rusty front wings made me think it was time for a change. I sold it for an absolute pittance. 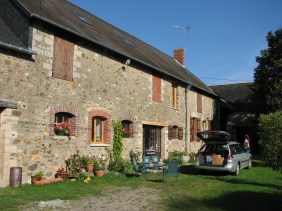 It just goes to prove that I’m very capable of getting things very wrong when it comes to cars. I’ve lost count of the number of good cars I’ve sold for next-to-nothing, often after spending a fair bit improving them! This is why I’m slightly nervous about tomorrow’s plans. Watch this space…